To share your memory on the wall of Trevor Pledge, sign in using one of the following options:

Provide comfort for the family of Trevor Pledge with a meaningful gesture of sympathy.

Trevor George Pledge (97) went to be with his Lord and Savior on Friday, December 13, 2019 at the Colonel Belcher Veterans Care Residence. In Calgary, Alberta. Trevor was born October 10, 1922 to George Thomas Pledge and Ada Florence (Fullager) in Saskatoon, Saskatchewan. After the death of Trevor’s mother Ada, George remarried Grace (Draper). Trevor siblings were; brother Albert and sisters Dorothy (Beerens) & Alice. (Foremen) The family moved to Loos, British Columbia in 1931 where they established a homested.

Trevor met his beautiful wife, Mary Lillian Fuglem while living in Loos, and the couple was married on July 18, 1944 with whom he remained for 62 years until the Lord called her home.

Trevor served in the Canadian Army in World War II in 1942, where he was sent to England. Upon leaving the Army following the War, Trevor returned home to Loos where he carried on with a career in the lumber industry. Trevor was one of the six original families that established the sawmill town of Mackenzie, British Columbia.

Upon Mary’s passing, Trevor eventually settled in Mission, British Columbia, where he met Dorothy (Beattie), with whom he was married in 2010, until her passing in 2018. Thereafter he moved to Calgary.

Trevor was predeceased by his first wife, Mary, brother Albert and sister Alice and leaves behind many who will miss him deeply, including (but not limited to) his sister, Dorothy Beerens; his children Lyle (Daisy, passed. 2019), Stan, and Colleen (Tim) Kroeker; grandchildren Spencer (Gwen) Pledge, Melanie (Leigh) Busch, Sandra Pledge, Charlene (Ralph) Kampmann, Becky (Gordon) Fyten, Damond Pledge; and great-grandchildren Carley (Evan) Rauer, Joshua (Rochelle) Busch, Simon Busch, Martina Fyten, Miles Ruttle, and Dallas Chicoine. Trevor was also predeceased by his second wife, Dorothy, and leaves behind, (but not limited to) his stepchildren, Lorrie Beattie, Jim Beattie, Emily Beattie, Paul Beattie, their spouses and many children
.
The family thanks the nursing and care staff at Colonel Belcher for their compassion and caring for Trevor.
Read Less

We encourage you to share your most beloved memories of Trevor here, so that the family and other loved ones can always see it. You can upload cherished photographs, or share your favorite stories, and can even comment on those shared by others. 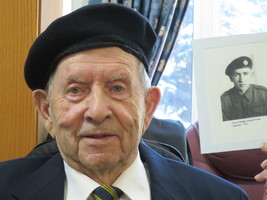 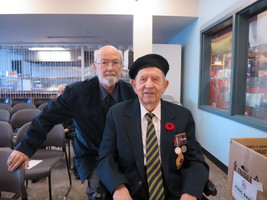 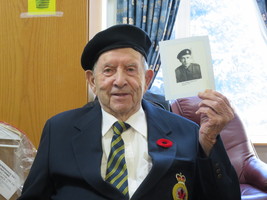