To share your memory on the wall of Terry MacKinnon, sign in using one of the following options:

Family and friends of Terry MacKinnon are devastated by his sudden death on Wednesday, October 7, 2020, just 3 days before his 62nd birthday. <... Read More
IN LOVING MEMORY OF
Terry Edward MacKinnon
October 10, 1958 – October 7, 2020

Family and friends of Terry MacKinnon are devastated by his sudden death on Wednesday, October 7, 2020, just 3 days before his 62nd birthday.

Terry will be fondly remembered and sadly missed by his family: brothers, Ken (Gail) and David (Shirley); his sister, Sharon (Brian); his dearest and best friend, April, along with an uncle, many nieces, nephews and cousins. He was predeceased by his mother and father, Mildred and Ardeen MacKinnon of Amherst, NS.
Terry was born in Nova Scotia the youngest of the family and was often a handful; he was and always will be our beloved little brother.

He left his home on the east coast to head west, initially living in Calgary, then onto Vancouver, but for the last 31 years settled and joined family living in Calgary. Terry was a hard worker who had many jobs throughout his life and willingly took on whatever was available to support himself. He was proud to be employed for the last five years by Home Depot Canada. As well, he always spoke highly of his friend Rod and truly enjoyed seasonal work with him.

Terry loved his cats and, like their fabled nine lives, he had an indomitable spirit, refusing to quit, give up or stay down as he faced many day-to-day hardships and health challenges throughout his life.

As a young man Terry enjoyed fishing, camping, dancing and outdoor music concerts. His favorite band was the Rolling Stones and lately he became a fan of country music. At fifty, Terry took up alpine skiing and, with zest and joyfulness, he looked forward to any day he could get on the slopes with his sister. Some of his favorite places were the beaches in Nova Scotia where, as often as he could, he enjoyed summer vacation with family.

During this difficult time, his family have been comforted not only by their own memories, but many stories from friends and relatives, of Terry’s softer, gentler side, how he had a good heart and a willingness to help friends. Terry will be greatly missed and we are truly heartbroken. Go with the angels Terry and may you rest in peace.

Should friends desire, memorial contributions may be made in Terry’s memory to The Heart and Stroke Foundation, The Canadian Liver Foundation, or a charity of their choice.

Words of comfort and condolence as well as photos and memories may be sent to the family by visiting www.choicememorial.com. Interment will take place at a future date in Nova Scotia.
Read Less

Receive notifications about information and event scheduling for Terry

We encourage you to share your most beloved memories of Terry here, so that the family and other loved ones can always see it. You can upload cherished photographs, or share your favorite stories, and can even comment on those shared by others.

Posted Oct 19, 2020 at 05:20pm
Worked with Terry for the last 5 years at Home Depot . (Met Team) He always had something funny to say and was the first one to offer his help to anyone who needed it. It was a shock to hear about his death. My deepest condolences to his family & friends.
Comment Share
Share via:
M

He will be mißed dearly . Linda Meahan
R

Posted Oct 16, 2020 at 07:51pm
Thank you for sharing Sharon, I've known Terry the last 10 years and like many devastated and my condolences to all of you. Terry helped me as often as he could because he really enjoyed the outdoor work. He was the most positive and fun person I've worked with always pushing the team to do more. He loved those trips to Fernie and the coast and loved that he got to spend time with family..I miss him dearly. Rod
Comment Share
Share via:
MB

Posted Oct 16, 2020 at 11:49am
Terry, your tragic, sudden passing is so sad. We will truly miss your soft, kind and generous presence in our home. The memories we have together will be with us forever. May your spirit rest in eternal peace - Love, Megan, Bret and Rainn
Comment Share
Share via:
KI

Posted Oct 16, 2020 at 11:15am
Terry was a kind and gentle soul. I am sure he will be greatly missed by his family and friends.
- Karen Ingersoll
Comment Share
Share via:
LF 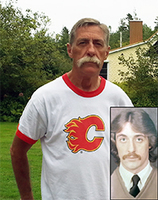 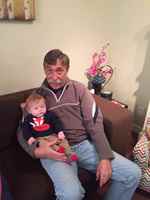 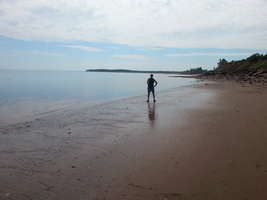 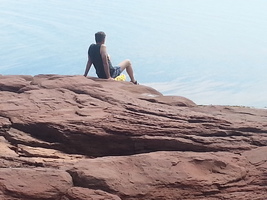