To share your memory on the wall of Terry Hawkins, sign in using one of the following options:

Terry was a free spirit and friendly, he was loved by many. At an early age Terry’s interest was horses and cattle penning, but his real passion was participating in car shows. He liked muscle cars and his favorite one was the Chevelle.

A Celebration of Terry’'s life will be held at the Royal Canadian Legion in High River, on Sunday, July 21st, 2019 at 11:00 AM. Everyone is welcome to bring their muscle cars in tribute to Terry.

Receive notifications about information and event scheduling for Terry

We encourage you to share your most beloved memories of Terry here, so that the family and other loved ones can always see it. You can upload cherished photographs, or share your favorite stories, and can even comment on those shared by others.

Posted Jul 22, 2019 at 11:57pm
Razel, and entire Hawkins Family,
We have Known Terry for a number of years. He was a very kind man. He was always there with a helping hand.
We will miss him dearly. Our thoughts and prayers go out to all of you.
Reg and Francesca Massie
Comment Share
Share via:

Posted Jul 19, 2019 at 05:13pm
Dear Razel
My sincere sympathy at your loss. You and I haven't met but I know you through Terry's Dad, my cousin, and Terry's extended Hawkins family. My sister Reta and i had the pleasure of meeting Terry when we attended Aunt Bertha's 90th birthday celebrations and have great memories of him as a lovely man. Please extend my regards to Dale, Rodney and Melissa and of course, Carl.
Audrey Anne Hawkins
Comment Share
Share via:

Posted Jul 19, 2019 at 05:02pm
We are so sorry to hear of Terrys' passing. He was one of the good ones. He will be missed by so many.
We consider ourselves lucky to have known him.
Tad and Deb Davies
Comment Share
Share via:

Posted Jul 18, 2019 at 12:10am
To the Hawkins Family, Razel and Cole !
Our hearts are saddened by your Loss and our thoughts and Prayers are with you !
So sorry to hear about Terry. He was such a sweet guy.
I'll never forget Years ago I got a call late at night - it was Terry, telling me his son Cole was born...he was so thrilled.
Over the years we saw each other the odd time and he was always kind and so much fun. I loved his stories.
Another memory I have of Terry was his love for FAST CARS.... and French fries… ;-)
I loved watching his wedding video and Pics of him and Razel. Both looked so happy. Everyone was teary eyed,
I know I was.
RIP Terry.
Love from Donna and Jim
Comment Share
Share via:

Posted Jul 17, 2019 at 09:16am
I am so sorry for your loss, My deepest sympathies to you and your family.Our siblings carry a piece of our hearts in theirs.
Love Delores Faulkner
Comment Share
Share via: 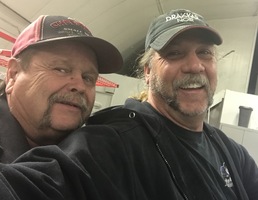 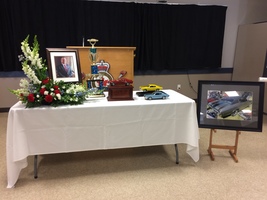 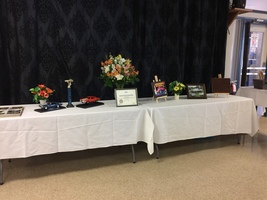