To share your memory on the wall of Patrick Carmichael, sign in using one of the following options:

Patrick H. Carmichael, archaeologist and scholar, passed away on Thursday, March 12, 2020 in Calgary, Alberta following a brief battle with cancer. He is survived by his wife, Elizabeth; brothers, Robert (Carol), William (Lynn) and Douglas (Shelley) and sisters, Joanne (Andrew) Fletcher and Jane (Darcy) McArthur. He was predeceased by his parents, Harvey and Barbara Carmichael. Patrick was born and raised in Portage La Prairie, Manitoba.

He attended St. John’s Cathedral Boys’ School, Selkirk, and later lived in Campbell River, Quadra Island, and Vancouver. As a young man he worked in retail stores, mines, sawmills, bars, restaurants, and as a tree planter, before pursuing his life-long passion for archaeology at the University of Winnipeg where he earned a B.A. Honours degree, followed by an M.A. from Trent University and a Ph.D. from the University of Calgary. He published several articles and monographs on Manitoba archaeology, but at Trent he was introduced to South American studies, and thereafter specialized In Peruvian archaeology, spending several months each year in Peru.

A veteran of numerous expeditions to remote areas of the central and northern Peruvian Andes, he is best known for his publications on the ancient Nasca culture of the desert south coast. He also wrote two historical novels on the Incas, Inca Moon Chronicle 1 and Chronicle II. Patrick lived in Calgary where he taught archaeology at the University of Calgary and Mount Royal University. When his wife Elizabeth retired, she devoted herself to working with him, producing all the graphic art for his publications. They were a great team.

Due to the current COVID 19 health concerns, A Celebration of Life for Patrick will be delayed. An announcement will appear in the newspaper as well as on the Choice Memorial website.

Receive notifications about information and event scheduling for Patrick

We encourage you to share your most beloved memories of Patrick here, so that the family and other loved ones can always see it. You can upload cherished photographs, or share your favorite stories, and can even comment on those shared by others.

Posted Mar 26, 2020 at 08:03pm
Our sincerest sympathy to you, Elizabeth on the passing of your dear Patrick. We enjoyed our visits with you at family reunions and got to know both of you better. Praying for good memories and God's peace as you mourn your deep loss in the coming days, weeks, and months. Chris & Kathleen Bolink
Comment Share
Share via:
HS

Posted Mar 25, 2020 at 12:19pm
My sincerest condolences. The Department of Sociology and Anthropology will forever miss Patrick! He was always kind, interesting, and wonderful!

Posted Mar 21, 2020 at 04:46pm
I did not know Patrick well or for very many years, but he has always been supportive of me as a young graduate student and was generous with his time and extensive knowledge; I know other graduate students have had the same experience. I will always be grateful to him. My condolences to his family.
Comment Share
Share via: 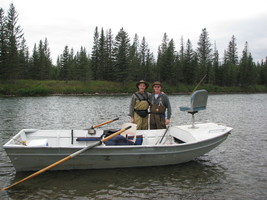