To share your memory on the wall of Patricia Heffelfinger, sign in using one of the following options:

It is with deep sadness that we announce the passing of our dear mother, grandmother and great-grandmother, Patricia Heffelfinger of Calgary, Alberta. She died on Tuesday, December 3, 2019 after a courageous battle with dementia at the age of 89.

Pat was an intelligent, feisty and witty woman, who was deeply devoted to her family and gave them unconditional love. Pat was filled with strength and faith, a testament of her growing up in Saskatchewan during the Depression Years. Pat is survived by her children: Kathryn (Victor) Dorma, Joan Heffelfinger (Robert Meintzer), Rob Heffelfinger and Gordon Heffelfinger. Pat is also survived by her grandchildren: Sarah Dorma (Daniel Henderson), Matthew Dorma (Erin McFarlane), Andrew Meintzer and Nicholas Heffelfinger. Pat is also survived by her great-granddaughter Violet Grace Henderson. Pat will also be remembered by nieces, nephews and extended family members. Pat was predeceased by her loving husband Reverend Ray Heffelfinger, her parents George and Kathryn Carter, her brother Bob Carter and her sister Phyllis Ferguson.

Pat was born in Nipawin, Saskatchewan and spent her early years fishing and swimming in the beautiful lakes and rivers of Northern Saskatchewan. Pat met the love of her life, Ray Heffelfinger and raised a family in several communities across Saskatchewan and later in Alberta. Pat loved the outdoors, especially lakes, rivers, the prairies and the Rocky Mountains. She was an avid bird watcher and gardener throughout her life. Pat was involved in the United Church of Canada in many facets, including teaching, preaching as a lay-minister and officiating at funerals. Her faith and love of God sustained her and strengthened her in times of sorrow and happiness.

A Celebration of Life will take place at a later date in Grenfell, SK. Donations can be made in lieu of flowers to the Heart and Stroke Foundation (www.heartandstroke.ca) and the Alzheimer Society of Canada (www.alzheimer.ca).

Receive notifications about information and event scheduling for Patricia

We encourage you to share your most beloved memories of Patricia here, so that the family and other loved ones can always see it. You can upload cherished photographs, or share your favorite stories, and can even comment on those shared by others.

Posted Dec 06, 2019 at 08:51pm
I am so sorry to hear of this loss, I still think of Pat as that active and creative force she was in the 90’s. Working with Pat at Fort Qu’Appelle was a great blessing to me and I always valued her friendship and wisdom. Prayers for all of you, Elizabeth Bryce Paul Dillman and family.
Comment Share
Share via: 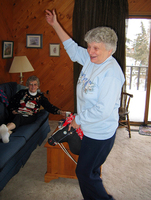 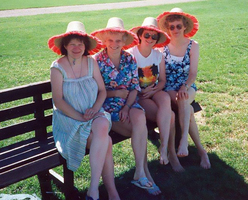