To share your memory on the wall of Norma Moore, sign in using one of the following options:

Our AMAZING Mom and Nana has become absent in body and present with Jesus at the age of 94.

Our AMAZING Mom and Nana has become absent in body and present with Jesus at the age of 94.

Norma Jean Rose was born in Winnipeg, Manitoba on October 5th, 1925. Her father, Norman Rose and mother, Sarah Stirling had married in Assiniboia, Saskatchewan in 1924 and then settled in Winnipeg. Norma completed grade one in Winnipeg prior the family moving to Calgary in 1932. Living in the Beltline District she attended Haultain School and First Baptist Church. Following her family’s move to the North Hill she then enrolled at Balmoral School and attended Crescent Heights Baptist Church. Norma continued her education at Balmoral through grade nine before studying at Crescent Heights High School. Norma loved school and was active in Hi-Y, operettas, etc. but not Phys Ed! The last 2 years of high school she worked weekends and summer holidays at Fisher's Music Store. It was at this time that Norma took her grade 10 piano exam, which she passed with honors. She would go on to a lifetime of piano playing.

Norma entered the Calgary General Hospital (CGH) 3 year nursing training in September of 1943, one week before she turned 18. In February of 1945 while attending a Young People's Group at Central United Church she met Howard Moore. She graduated as a Registered Nurse (RN) in May of 1946. Her first job as a nurse was at the Independent Biscuit Company (IBC) becoming the first company nurse in Calgary. She joined Howard and his father, Frank on staff and worked there for a year until she married Howard at Central United on September 6th, 1947. They travelled to San Francisco for their honeymoon in Howard's 1930 Model A Ford.

Norma worked at several nursing jobs throughout the years; Alberta Children's Hospital, Dr. Lola McLatchie (pathologist and coroner) in the Greyhound Building and Dr's. Brodie, Melling and Bertrand in the Underwood Block. Norma sang in the Central Church Choir and with The Choral Belles, a ladies choir. She left the choir to help with the teaching of the Sunday School Primary Department. Her piano accompanying included soloists at church meetings and at the Kiwanis Music Festival. Norma became very active in the CGH RN Alumnae and served on the executive, eventually becoming President. She faithfully attended annual reunions for 73 years!

Norma was a stay at home mom for her children until their High School years at which time she returned to work outside the home. She was employed at Rideau Music and as a Unit Clerk at the CGH. Although not able to attend in recent years, Norma was a faithful member of Central United. She contributed actively for over 60 years including a period on staff in the area of Pastoral Care.
Norma and Howard lived for 65 years in the house that Howard built in Hillhurst and were blessed with 3 children, Hazzarriann-Starr, Noreen and Russell. Welcomed into the family are Don, Charlotte, Jessie; nine grandchildren: Richard, Cali-Don, Christian, Gabrielle, Ian, Zachary, Gursh, Izack, Josie; two great-grandchildren, Vyden and Eden. Norma was predeceased by Howard, her husband of 68 years and survived by brother Jim Rose (Audrey) and sister Margaret Stevens. Norma treasured her many wonderful nieces, nephews, cousins, in-laws and friends and was particularly blessed by the staff and residents of Revera McKenzie Towne Retirement Residence.

Norma’s life was celebrated on February 18, 2020 at First Alliance Church in Calgary.

We encourage you to share your most beloved memories of Norma here, so that the family and other loved ones can always see it. You can upload cherished photographs, or share your favorite stories, and can even comment on those shared by others.

Posted Mar 02, 2020 at 04:55pm
Sad news,but,like Howard, she had a good life surrounded by friends, family, and loved ones. When Elaine and I look at the wooden oven tool or the stool made of hockey sticks, we think back to the visits with Howard and Norma in Hillhurst Calgary. We’ll miss Norma’s Christmas cards. It’s been a pleasure knowing such kind, giving, and sincere people. Our thoughts go out to all the family members. Elaine & Duncan
Simpson
Comment Share
Share via:
NL

It was lovely to speak with Elaine. Treasure your 94 year old mother. I am so grateful to have had such a wonderful woman as my mom! Noreen 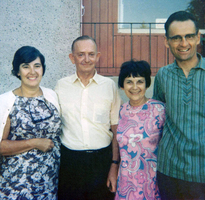 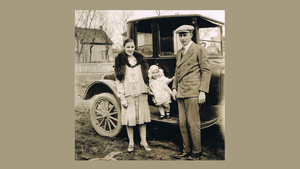 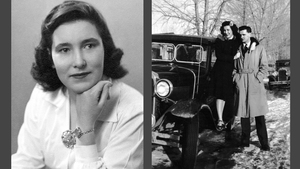 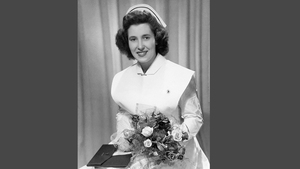