To share your memory on the wall of Mary Eleanora Bowman (Riley), sign in using one of the following options:

Mary was born October 9, 1924 in the small Saskatchewan community of Canuck and fell asleep in death on Thursday, July 2, 2020 at her home in Calgary, Alberta. She was the middle of three daughters ... Read More
Bowman, Mary Eleanora
1924-2020

Mary was born October 9, 1924 in the small Saskatchewan community of Canuck and fell asleep in death on Thursday, July 2, 2020 at her home in Calgary, Alberta. She was the middle of three daughters and one son born to Alexander and Ella Stalker.

Mary was predeceased by her first husband, Frank Riley in November 1977; her son, Lennox Riley on December 2012; daughter-in-law, Connie Riley in April 2014; brother, Harold Stalker in April 2003; sister, Madeline Miller in October 2018 and her second husband, Howard Bowman in September 2013.

Mary often reminisced about fond memories growing up in Saskatchewan and how her father loved to play the fiddle and call square dances for neighborhood get togethers. After moving to Calgary in her late teens she met her future husband Frank, where they both worked at Burns Meats and they were married on October 4, 1946, once he returned home from the war. After raising 3 sons, Mary decided to return to the workforce at Sears and then the Hudson Bay as a retail salesclerk. When Mary retired, she filled her days with her passion for family, friends, gardening, and photography. Many will affectionately remember Mary for the fun times they had during her photoshoots. "Just one more shot" ..."oh wait, just one more".

Mary was baptised in 1979 as a Jehovah's Witness and served in several congregations, making many friends along the way. Mary's warm heart and open hospitality was always available and through the years she opened her home to many sisters and families in need.

Mary found her second love with Howard Bowman, whom she was happily married to from November 17, 2004 until his passing on September 5, 2013. Mary was very fond of her extended family and was very moved by their loving, warm acceptance of her into the family. Inside and out Mary was a beautiful person loved by all. She zealously shared her hope with those she met while in the ministry and with all she knew, serving Jehovah faithfully until her passing.

Our family wishes to express sincere gratitude for the many displays of kindness, prayers and sympathies extended during this time.

We encourage you to share your most beloved memories of Mary Eleanora Bowman (Riley) here, so that the family and other loved ones can always see it. You can upload cherished photographs, or share your favorite stories, and can even comment on those shared by others.

Posted Jul 11, 2020 at 06:30pm
My heartfelt condolences to all Mary's family and friends. She was one of my favorite Aunts - always so kind, caring and generous-- just a genuinely warm and lovely person. I have great memories of camping/fishing trips together with her and Uncle Frank, my parents and Norma & Lyle Hall. She was an excellent photographer and also a very good seamstress. I can recall clothes that she made especially for me...in particular an orange shirtdress that I was very fond of. She was also an early "videographer"--- if anyone has the video she took of a bunch of us kids dancing the Twist at a birthday party (1960's???) she captured a breakout performance of my brother, Dave, that always made us laugh until we cried!
Comment Share
Share via:
MD

Posted Jul 07, 2020 at 05:54pm
Our deepest condolences to Mary's family. She will be dearly missed by all who knew her.
Much love from Mike & Leslie Demmons
Comment Share
Share via: 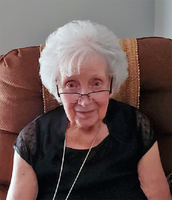 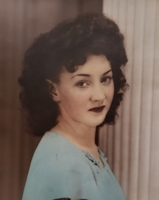