To share your memory on the wall of Mary Bon-Bernard, sign in using one of the following options:

Mary was born in Golden BC on April 12th 1930. She spent some time in Chase while she was growing up. She married Brian Bon-Bernard May 7th 1955 and spent 14 year living in Regina…Brian was transferred to Alberta in 1971 and they chose Calgary because she loved the mountains and as a family they spent a lot time in the Banff area. Brian and Mary enjoyed 40 years together before his passing in 1995. Mary was a dietitian and taught both cooking and sewing classes through adult education.

She prayed and re-dedicated her life to God in the past couple of years and we look forward to seeing her again in heaven.

Receive notifications about information and event scheduling for Mary

We encourage you to share your most beloved memories of Mary here, so that the family and other loved ones can always see it. You can upload cherished photographs, or share your favorite stories, and can even comment on those shared by others.

Posted Mar 28, 2020 at 01:37pm
Les your mother was very instrumental in keeping you and me on a narrow path to insure your success. We are positive she was very proud.
Robert & Sandra Eklund
Comment Share
Share via:
GA

Posted Mar 26, 2020 at 09:39am
Les, Dawn & Family; We were saddened to read about your mother's passing. May your time in isolation during this pandemic allow all of you to share memories of happy time with her.
God Bless, Jack & Gerri Ashby
Comment Share
Share via: 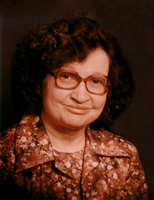 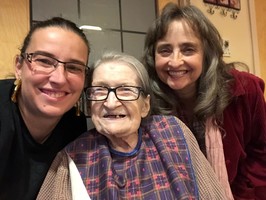