To share your memory on the wall of John "Mark" Saunders, sign in using one of the following options:

Provide comfort for the family of John "Mark" Saunders with a meaningful gesture of sympathy.

It is with deepest sadness that we announce the passing of our beloved son, brother and “muncle”, Mark, after a courageous battle with kidney disease. He leaves to mourn: h... Read More
John Mark Saunders
May 23, 1976 – September 15, 2019

It is with deepest sadness that we announce the passing of our beloved son, brother and “muncle”, Mark, after a courageous battle with kidney disease. He leaves to mourn: his parents John and Helen Saunders, brother Steven (Katherine), sisters Tanya (Chad) and Nancy (Glen), nieces and nephews Riley, Lachlan, Daniel, Amelia, Jasmine and Emmaline as well as many friends and relatives.

Oider, as he was affectionately known by his family, was born and grew up in Carberry, Manitoba. As a child he enjoyed dirt biking, building tree forts and snow forts with his siblings on and around the family acreage, intense family water fights and wrestling matches. Many days were spent riding bikes up and down the dirt roads, exploring “banana alley” and checking the “mail tree”. Mark excelled academically and tried his hand at various activities including figure skating, hockey, baseball, 4H, piano and singing. He was involved in the Evangelical Free Church as a member of their youth group where he participated in both drama and camp. Mark’s passion for both music and classic vehicles began in his teens. After he bought his first truck “Rosie” a 1949 Ford, he always seemed to have a project on the go.

After graduating high school, Mark’s desire to find his place in the world and pursue his passion for music began. He quickly discovered he had a gypsy heart and his nomadic lifestyle allowed him to experience the world in a way that was so uniquely him. Mark lived and made lifelong friends in places all over the world including Calgary, Key West, a cruise ship in the Bahamas, LA, Munich, Montreal, Nelson and Victoria, to name a few. Anywhere he could find a spot to park his van and busk or play a gig was considered home to him. Mark was not materialistic and found joy in the simple things: sunshine and sunsets, the beach, flowers and feathers, and any small token that would remind him of where he was and who he was with. He lived in the moment and embraced the motto “you can only ever experience something for the first time, once”. A self-taught musician, Mark could pick up and master any instrument of interest. As a singer/songwriter he released his first album “Spare Change” in 1996 and went on to write and record many other singles, both solo and collaboratively. Mark was at his happiest on stage, sharing his love of music with others.

Those closest to Markie will remember him for: his sarcastic sense of humor, big grin and even bigger laugh, his snuggly hugs, his talent for reciting whole scenes of dialogue from his favorite movies, and his signature look of leather jacket, hat, sunglasses and his latest hairstyle. As a true Gemini he delighted in doing the opposite of what everyone expected, with his independence often being viewed as stubbornness. Mark had the gift of patience and always took the time to listen – strangers were friends he just hadn’t yet met.

Though Mark chose not to have a family of his own, for fear it might tie him down(!), he was a playful and devoted “muncle” sure to be the ring leader riling up his nieces and nephews at every opportunity!

Mark was diagnosed with kidney disease in his early twenties, and managed to avoid dialysis until the last four years of his life. Being forced to stay close to a hospital and family, he struggled with the restriction of having his wings clipped. However, Mark’s dreams were bigger than his illness and he focused his attention on his passion for song and script writing, recording, playing and immersing himself in music and friends, right up to his last weeks of life. He passed peacefully at home early Sunday morning, September 15th.

Mark was predeceased by both sets of grandparents: Leonard and Lillian Saunders, and Jacob and Marie Giesbrecht.

Oider, you are loved and will be deeply missed by everyone whose life you touched.
Read Less

We encourage you to share your most beloved memories of John "Mark" here, so that the family and other loved ones can always see it. You can upload cherished photographs, or share your favorite stories, and can even comment on those shared by others.

The Meyer family., Inge und Horst Nolting, Josy Reichender mit Famili, and others have sent flowers to the family of John "Mark" Saunders.
Show you care by sending flowers

Posted Sep 23, 2019 at 08:05am
For Markie in loving memory from Eva, Barbara, Inge and Gerd. We all loved him dearly. Our thoughts and prayers are with you. With deepest sympathy !

Yours Maria, Hans and Hubert from Munich

Yours Maria, Hans and Hubert from Munich purchased flowers for the family of John "Mark" Saunders. Send Flowers

Posted Sep 21, 2019 at 11:47am
Helen, John, Steven, Tanya, Nancy and family. Our sincere sympathy in the loss of your son, brother and uncle, Mark. Sincerely Muriel & Les Watts, Michael and Marcy
Comment Share
Share via:
TS

Thank you for thinking of us, Muriel.
TJ

Posted Sep 21, 2019 at 09:29am
Aunt Helen, Uncle John, and Cousins,: A treasured spark for his time, that will shine in hearts always. Let the music play on! Love and Hugs, 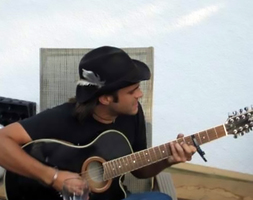