To share your memory on the wall of Joan Youngs, sign in using one of the following options:

Provide comfort for the family of Joan Youngs with a meaningful gesture of sympathy.

As a little girl, momma told me.
Darling, we go through persecutions, trials and suffering during this life.
But, these are all used to create us in Christ's Image.
I absorbed this and h... Read More
YOUNGS, Joan Leslie (née White)

As a little girl, momma told me.
Darling, we go through persecutions, trials and suffering during this life.
But, these are all used to create us in Christ's Image.
I absorbed this and held strong to this.
And it has governed my life, and always will.
For in such sufferings, we are tried and our faith tested, to strengthen our faith in Christ alone.
Jesus is with us always, in all things.

I always told momma, she was already perfected in Christ's Image, when He conceived of momma, little Joan in His mind before birth, and with every breath throughout her life.
Jesus is Love
Momma is Love
Just as Christ Jesus
Our Lord and Saviour, poured Himself out in Love to a hurting, broken world. So it is with my momma.
She poured out her Love, her life's blood to a hurting and broken world, until she was spent.
She is Love
She Loved

Joan Leslie Youngs of Calgary passed away on Sunday, September 22nd, 2019 at the age of 89 years with her family by her side. Born on May 2nd, 1930, she was raised in Regina by her beloved Nanny and Papa, and attended Scott Collegiate after which she moved to Calgary as a young adult, where she later married and started a family. In 1960, she travelled with her two boys, Terry and Kelly, to Vancouver where she was the recipient of what was then considered to be pioneering (and life-saving) open-heart surgery in Canada at the Vancouver General. Following a year of convalescence, she returned to Calgary in 1961 where she later had her two daughters, Colleen and Sheryl. After her return to Calgary, she worked for many years in the hotel industry while, largely on her own, raising her four children as a single parent. In her later years, she put her hard won parenting experience to work yet again while caring for three of her grandchildren in Calgary.

Joan was an avid reader who treasured the extensive book collection she had compiled during her life, many of which dealt with another love of hers, which involved biographies of actors as well as the multi-faceted history of the film industry of which she was an ardent fan from her early childhood years onward. The wistful melody of "Somewhere Over the Rainbow" became a recurring theme song in her life which will resonate with all who knew her.

She loved vibrant colour in her world, and the wilder the combination of them, the better. She adored the colour purple in all of its subtle variants of mauve and lavender and was inducted as a member of The Red Hat Society. Reds and purples together were never out of place for her.

A heartfelt thank you to the very kind staff at the George Boyak Care Centre in Calgary for their loving care of our mother during her time there. Family and friends are invited to join together in a celebration of Joan's life on Saturday, October 5th at 2:00 p.m. at Riverbend United Church, 14907 - 45 Avenue NW, Edmonton. In lieu of flowers, if friends so desire, a charitable contribution may be made to the Alzheimer's Society of Alberta and NWT, 306, 10430 - 61 Avenue NW, Edmonton, Alberta. 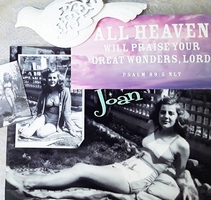 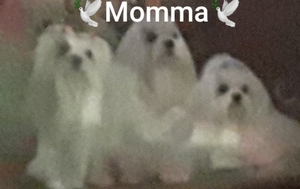 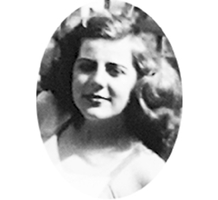