To share your memory on the wall of Jerzy Janiak, sign in using one of the following options:

Jerzy was born in the city of Poznan in Poland where he was raised by his parents Stefan and Lucja Janiak. He is greatly missed by his loving wife Roza, daughter Malrzata, son ... Read More
Jerzy Stefan Janiak
April 9, 1936 - September 17, 2020

Jerzy was born in the city of Poznan in Poland where he was raised by his parents Stefan and Lucja Janiak. He is greatly missed by his loving wife Roza, daughter Malrzata, son Robert, and seven grandchildren.

In Poland Jerzy attended early education and high school. Later he studied at the University of Poznan which was one of the oldest polish Universities, that was given a Royal Charter Rights in 1611 by Polish King Zygmunt III Vasa. The university was later named Adam Mickiewicz University of Poznan.

Jerzy studied science with Chemistry and Geology Majors. He graduated first with a degree of Master of Chemistry and followed with postgraduate studies achieving in 1968 the PHD degree in Chemistry. During his studies Jerzy was participating in athletic activities, kayaking in the summer, skiing, and skating in the winter months. Jerzy loved nature and took a special interest in Gemology, and was a licensed Gemology Expert. He loved his pets, his beloved dog Agat and cat Amber.

In 1980 Jerzy came to Canada to do scientific research, and in 1981while Martial Law was declared in Poland, Jerzy decided to ask for permanent residency in Canada, leaving in Poland his wife and two children, Malgorzata and Robert Janiak. Later he remarried and spend his last 24 years of his life, with his wife Roza Grabowaska-Janiak.

During his scientific carrier Jerzy worked in scientific research in chemistry and geology, where he published and patented his technological findings. Until the very end of his life, Jerzy was trying to market his patent of mining gold and diamonds out of raw ore. His method allowed to rescue a higher percentage of precious metal and minerals out of the ore. His dream of finding a buyer was stopped last year by his fight with cancer.

No formal service will be held. To view and share photos, condolences and stories of Jerzy, visit www.choicememorial.com. Arrangements entrusted to the care of Choice Memorial Cremation & Funeral Services (403) 277-7343.
Read Less

Receive notifications about information and event scheduling for Jerzy

We encourage you to share your most beloved memories of Jerzy here, so that the family and other loved ones can always see it. You can upload cherished photographs, or share your favorite stories, and can even comment on those shared by others.

Plant a Tree in Memory of Jerzy
Plant a tree 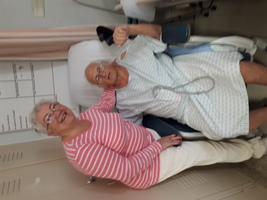 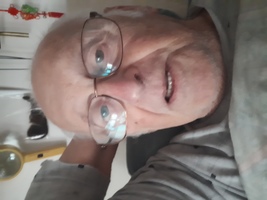 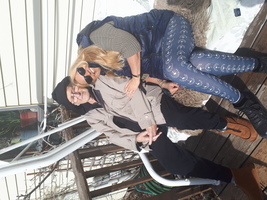