To share your memory on the wall of Jacques Vitalis, sign in using one of the following options:

Provide comfort for the family of Jacques Vitalis with a meaningful gesture of sympathy.

“I suppose in the end, the whole of life becomes an act of letting go, but what always hurts the most is not taking a moment to say goodbye”
- Life of Pi

“I suppose in the end, the whole of life becomes an act of letting go, but what always hurts the most is not taking a moment to say goodbye”
- Life of Pi

Well, we did take a moment to say goodbye, although it broke our hearts that it couldn’t be in the way we would have wanted. Donning hazmat suits, or by telephone, we said our final goodbye to our Pa, Opa, “schat”.

Jacques walked a long, unorthodox and colourful path through life. Born in Surabaya, Indonesia, Jacques was the youngest brother to Frans and Louis, all born to Emile Vitalis and Esther (nee Breton van Groll), the real life Princess of Solo. As a young child, he survived the hardships of a concentration camp in Japanese-occupied Java.

During his formative years in Java, he learned to smoke, jitterbug, jive, and grow a mustache. Then, at the age of 16, as Indonesian residents of mixed descent were strongly “encouraged” to leave Indonesia for good, Jacques embarked on a world cruise, sailing via Africa and the Suez Canal to Amsterdam. There, he found a modest townhouse and sent for his parents. Completing his post-secondary education in the Netherlands, Jacques entered the field of petroleum engineering. In 1959, at his cousin’s house party, he met Margaretha, the love of his life. Although she duly slapped him across the face for trying to kiss her, they were married six months later. Had Jacques been well enough to celebrate their milestone 60th anniversary on May 28th, 2020, he no doubt would have gifted Greet with a delicate, sparkly token of his affection and, as always, a bouquet of impossibly beautiful flowers. He always called Greet “Schat” which is Dutch for “Darling” or “Treasure.” This confused many of our Canadian schoolmates who would later ask, “Why does your father call your mother “Scott”??).

The 1960s brought to them three children, Pascale, Perry and Chantal, all born in Schiedam and Vlaardingen. In 1968, Jacques and Greet wanted better opportunities and they immigrated from the Netherlands to Canada via a one-way, choppy Atlantic crossing on the S.S. Maasdam. They settled in Calgary and found many other Dutch-Indonesian immigrants with whom they made lifelong friends. They lived also in Montreal, where Jacques learned French and spoke it like he knew what he was saying. During these years, Jacques’ work took him around the globe, from Brazzaville to Come-by-Chance. He loved it all, regaling the family with tales of touring the Pyramids, riding camels and eating porc-épic.

Jacques wasn’t big on receiving gifts but he loved showering others with unique extravagances, like the piano he bought Pascale, his music-loving oldest daughter, when she turned 16, or the steel drum he brought back from the Dutch Antilles for his nerdy son, Perry, and the electric guitar he bought for his youngest daughter, Chantal when she was a scowly teenager.

Jacques was, amongst other things:
A gifted, self-taught musician (when he retired, he taught himself how to play the piano - just like that)
An incredible dancer
A Berlitz language teacher
A challenger, a questioner, a pundit, a story-teller, a gourmand, a great driver who could make the Calgary to LA run in 24 hours flat

But perhaps his favourite role was that of grandfather. He adored Pascale’s daughters, Maya and Fiona, and was incredibly proud of their many accomplishments.

From his eldest granddaughter, Maya:
Opa and I loved each other very much. I have such special memories of the times we spent together in Arizona. I will miss his fun and happy spirit but I will always carry it with me. We love you Opa.
Maya

Fiona had this to say about her beloved Opa:
I could always count on Opa to tell me a funny joke, play one of his tricks on me, or just hold my hand to put a smile on my face. I will miss eating breakfast with him (even if I didn’t agree with what he was eating) , listening to his stories (or rants) and driving around just to be with him while he ran his errands. I will cherish these memories with him and hold them with me.
I love you Opa
Your favourite youngest granddaughter


Bye bye Jacques, Pa, Opa, schat. We will miss you always and forever.
Thank you for the journey.

A Celebration of Life will be announced for a Calgary venue once physical distancing rules are relaxed. In lieu of flowers, please consider a donation to the Kidney Foundation of Canada.

Receive notifications about information and event scheduling for Jacques

We encourage you to share your most beloved memories of Jacques here, so that the family and other loved ones can always see it. You can upload cherished photographs, or share your favorite stories, and can even comment on those shared by others.

Posted May 17, 2020 at 03:35pm
Dear Margaret, Chantal and family: My sincere condolences on the passing of your beloved husband and father. A wonderful musician and person through and through. May his soul rest in peace. Amen.
Comment Share
Share via:

Posted May 09, 2020 at 05:28pm
I wanted to just share my condolences with Pascale and the rest of her family. While I didn't know Jacques, Pascale is a good friend of mine and spoke so lovingly of her father - and indeed her whole family. My thoughts are with you and your family, and despite the geographical distance, I hope that sharing stories and memories will bring you some comfort.
Comment Share
Share via:
D

Much love from us ❤️
Dazza & Ray

Posted May 08, 2020 at 11:29pm
Condolences Chantal, Sandi and all members of the family. I am sorry for your loss. Sincerely Chris and Joe Ceci
Comment Share
Share via:
CM

Posted May 08, 2020 at 05:01pm
Dear Margaret, Chant, Perry, Pascale and families,
So sad to hear of Jack's passing. He certainly was one of a kind. I have a memory of Jack singing karaoke in his basement, trying to get Chant and friends to join in, he didn't have any takers but that didn't stop him. On he sang. Always a big smile and hug when we would meet at Chant's concerts. You have put together a beautiful tribute to a man with extreme love for his family and immense pride in his children. My love to you all. Rest in peace Jack.
Comment Share
Share via:
PV

Thanks so much Carol -Perry 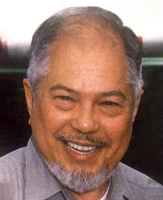 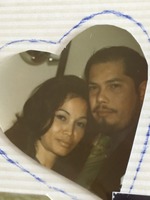 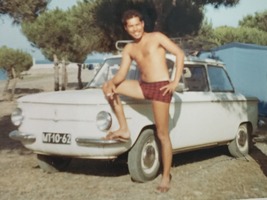 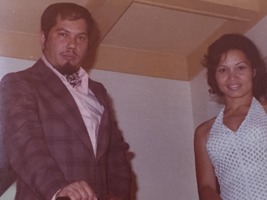