To share your memory on the wall of Gregory Long, sign in using one of the following options:

Provide comfort for the family of Gregory Long with a meaningful gesture of sympathy.

It is with heavy hearts that we announce the sudden passing of Gregory Ronald Long at age 54. Greg was born on July 15, 1965 in Winnipeg, MB, and passed peacefully in his sleep on Saturday, November 30, 2019 at ... Read More
Long, Gregory “Greg”

It is with heavy hearts that we announce the sudden passing of Gregory Ronald Long at age 54. Greg was born on July 15, 1965 in Winnipeg, MB, and passed peacefully in his sleep on Saturday, November 30, 2019 at his residence in Calgary, AB.

Greg grew up in the West End of Winnipeg. He was the youngest in a large family of eight with one brother and four sisters. Early on Greg was known for his athleticism. He was an excellent and successful hockey player in high school, and he continued to play his beloved sport after graduation. Greg excelled in the boxing ring and was even able to use the skills he acquired to help defend and aid in circumstances where help was needed. He attended Technical Vocational high school where he began to follow in the footsteps of his dad, Ron Long, in the field of Culinary Arts. After graduating, he moved on to studying at Red River College to pursue his passion for painting cars and all things automotive. His career path in the automotive industry led him to building monster trucks and painting muscle cars. He was extremely talented and became well known in his trade.

Greg spent the last twenty years living and working in Vancouver Island, until earlier this year when he moved to Calgary to be closer to his children and grandchildren and start the next chapter of his life with his love, Brenda. A loving man with a huge heart, Greg would give a stranger the shirt off his back even if it was his last possession. Greg will be remembered for his witty sense of humor, the lending of a helping hand, and he will be forever missed by all who knew and loved him.

We encourage you to share your most beloved memories of Gregory here, so that the family and other loved ones can always see it. You can upload cherished photographs, or share your favorite stories, and can even comment on those shared by others.

Posted Dec 12, 2019 at 10:13pm
Sorry for your loss. Know that we are thinking of you and sending everyone hugs during this difficult time. We love you! LaFleche and Fraser Familys 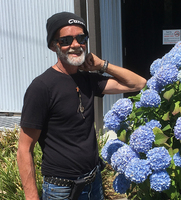 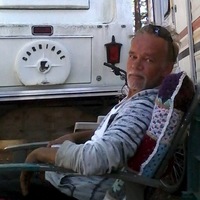 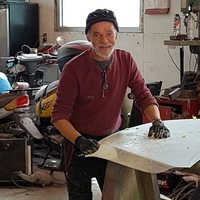 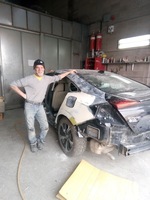