To share your memory on the wall of Glen Hagey, sign in using one of the following options:

Glen Hagey went home to be with his Lord and Saviour on Tuesday November 12, 2019 at the age of 94. Glen is survived by his three children Jim (Lisa) Hagey, Deb Way and Brenda Hagey; seven grandchildren Steven, Jason, Jeremy (Paula), Kelly, Tyler, Robert and Morgan (Lisa); and three great-grandchildren Mati, Gabriel and Ally.

Glen was predeceased by his wife, Gwendollynne Mary Alice Hagey in 2016; his two sons, Danny in 2016 and Ken in 2017; his son-in-law Jim Way in 2017. Glen was also predeceased by his parents Gordon and Melinda Hagey, his in-laws Dan and Freida Donaghy, his sisters Ruth Shantz, Edna Becker and Lois Cressman and his brothers Ed Hagey and George Hagey.
On April 11, 1925, a baby boy was born to Gordon and Melinda Hagey. He would be the fourth child after his older sister Ruth and twins Ed and Edna. Glen also had a younger sister Lois and brother George. Glen grew up on a farm and leaned a lot about agriculture and livestock. He often told stories of how he would drive a team of horses to plow the field. He was always surprised by how expensive turnips was at the grocery store since he's dad only got 25 cents for a bushel.

Glen was a hunter. He would sell animals pelts for money. After saving enough, Glen went out and bought his first bike. He rode his bike all over country side visiting his friends and family.
One of his proudest moments was when he won a trip to Chicago through 4H. It was the first time away from the farm and it triggered a desire to travel and explore.
In 1947, Glen came west for the harvest and helped on a farm North East of Red Deer. The next year Glen returned and never went home. He settled in Red Deer and started working at Stewart Brothers' Lumber Yard.

Freida, Gwen's mother, played on a softball team at the local baseball diamond in Red Deer. One night they were short an umpire and asked a stranger in the stands, if he could umpire for them. He agreed. Well, he had the nerve to call Freida out when she tried to steal third plate and left second plate too soon. This did not leave a good impression of the stranger in Freida's mind. A few weeks later, to Freida’s horror, Gwen brought the stranger home so her parents could meet her new beau. Gwen's new beau was none other than Glen. Little did Freida know that this was the best decision that Gwen ever made because Glen was the best son-in-law anyone could ask for. This was the beginning of Glen and Gwen.

Glen and Gwen were blessed with the birth of their first son Kenneth William Hagey on September 29, 1951, then 13 months later was a second son, Daniel Glen Hagey on March 25, 1953. A third son, James Gordon Hagey was born 18 months later on May 27, 1954. Glen and Gwen have their hands full chasing three energetic little boys. On June 19, 1957, Glen and Gwen got their princess, Debra Lynn Alice Hagey (Way).

Glen and Gwen moved their family from Red Deer to Calgary, in 1964. Glen started his training to become a nursing orderly at the Colonel Belcher Hospital. In 1965, Glen started working at the Calgary General Hospital. Thinking diapers and baby bottles were long gone, Glen and Gwen found them selves expecting their fifth child. On August 10, 1968, Glen and Gwen's second daughter Brenda Jeanne Hagey was born.

Glen worked at the General for 28 years and for 25 of those years, he worked the night shift. He also worked part-time at Bethany Care Centre. He retired on July 3, 1993 at the age of 68.
Glen loved gardening and yard work, making sure the yard looked it best. He also loved making things out of wood. He made a rocking horse or sled for each of his great grandchildren plus his grandson Tyler. Glen travelled as much as he could, visiting his relatives in Ontario, Disneyland twice, Vegas and Jackpot, West Coast and all over the US.
Glen was a prankster. One time Freida, his mother-in-law, was laying out the sprinkler and while she was straddling it, Glen turn the water on, soaking Freda. Glen had a wonderful sense of humor.

Glen's greatest achievement was being the greatest dad. He had a wonderful work ethic and a hard worker. These are the traits he passed on to his children. He also helped his in-laws by fixing anything that needed to be fixed around their home. Glen even saved his father-in-law's life. Dan had a heart attack and by performing CPR on him, Glen was able to bring him back to life. He would always lend a hand to help his fellow neighbours. Everyone who meet him comment about how sweet and patient he was. Glen's children knew they were in trouble when he raised his voice.

Glen was blessed with many great friends and extended family. He loved going to Red Deer to visit Harold and talk about the good old days.

Glen would want to be remembered for two things. First, his love and faithfulness to God. Second, his love for his family.

Glen will be buried with his wife at Alto Reste Cemetery in Red Deer, Alberta, at a later date. To view and share photos condolences and stories of Glenn, visit www.choicememorial.com. Arrangements entrusted to the care of Choice Memorial Cremation & Funeral Services (403) 277-7343.
Read Less

Receive notifications about information and event scheduling for Glen

We encourage you to share your most beloved memories of Glen here, so that the family and other loved ones can always see it. You can upload cherished photographs, or share your favorite stories, and can even comment on those shared by others.

Plant a Tree in Memory of Glen
Plant a tree 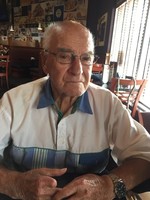 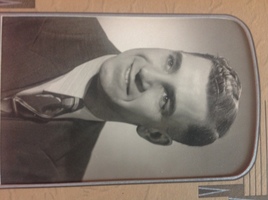 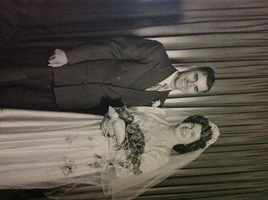