To share your memory on the wall of Elizabeth Morris, sign in using one of the following options:

Elizabeth (Betty) Harriet Morris passed away on Saturday, August 8, 2020 at the age of 80 years. Betty will be lovingly remembered by David Morris, her husband of 61 years; her sister, Irene (Ron) Rigby; her sister-in-law, Darlene Nicholson; her son, Richard (Shelly) Morris; her daughter, Shauna (Scott) Morris-Daye, as well as her four grandchildren, Riley, Jordan, Douglas, and Elliot and numerous nieces and nephews.

Betty was the third child born to Henry and Sarah Nicholson of Calgary, Alberta.
She grew up in the Bridgeland area and attended Langevin School. She had fond memories of having fun on her grandfather's farm south of Strathmore where she met Dave who was working as a farmhand. They fell in love, were married in 1959, and were able to purchase their own farm in 1972 at Standard, Alberta. They started a dairy farm with their adopted first-born, Richard and then adopted their second child, Shauna in 1975. At one point they milked 60 head of cattle twice a day. Betty was a typical farmer's wife who loved to garden, bake, and can. She was an avid reader. She loved to cook big meals for the family. Baking was her passion and eventually she became known as ‘Butter Tart Betty’. She often made up to 80 dozen butter tarts during the course of a single Christmas season as well as Nanaimo bars, cookies, and muffins.

Betty also worked seasonally at a local greenhouse down the road for many years but primarily she worked alongside Dave on the farm moving irrigation equipment, gardening, and of course, feeding the animals; pigs, cows, cats, and dogs.

The numerous health problems she suffered during the course of the last few years never seemed to take the smile from her face or the wit from her tongue. Last year she ended up in Bow View Manor in the Bowness area of Calgary where she fought a lengthy health battle and peacefully left the world wanting to return home to the farm.

Home is where the heart is!!! A Celebration of Betty’s Life will be announced at a later date. To view and share photos, condolences and memories of Betty, please visit www.choicememorial.com.
Read Less

Receive notifications about information and event scheduling for Elizabeth

We encourage you to share your most beloved memories of Elizabeth here, so that the family and other loved ones can always see it. You can upload cherished photographs, or share your favorite stories, and can even comment on those shared by others.

Plant a Tree in Memory of Elizabeth
Plant a tree 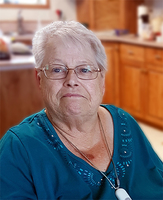 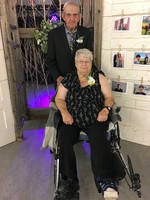