To share your memory on the wall of Edward Stewart, sign in using one of the following options:

Provide comfort for the family of Edward Stewart with a meaningful gesture of sympathy.

DUE TO THE CURRENT GLOBAL HEALTH SITUATION, NO SERVICE IS BEING HELD AT THIS TIME AND WILL BE SCHEDULED AT A LATER DATE. PLEASE WATCH THIS PAGE FOR ... Read More
Rest in Peace, Dad
Edward Kenneth Stewart
January 8, 1937 – March 27, 2020

DUE TO THE CURRENT GLOBAL HEALTH SITUATION, NO SERVICE IS BEING HELD AT THIS TIME AND WILL BE SCHEDULED AT A LATER DATE. PLEASE WATCH THIS PAGE FOR FURTHER UPDATES, OR CONTACT LORNA, LISA, TRENT OR DEAN FOR FURTHER DETAILS.

Ed passed in peace at the age of 83, with his daughter, Lisa, holding his hand. He is now with his parents, Sam and Edna Stewart; his older brother, Doug Stewart and his older sister, Noreen Hutchinson.

Ed was born and raised in Indian Head, Saskatchewan. He filled his childhood by playing hockey, baseball, and billiards. And he was one heck of a pool player! Ed was quick to defend others and was the first in town to own a convertible Galaxy. He had quite a reputation and his childhood and young adult antics were the source of many great stories told by anyone who knew him!

Throughout his life, Ed had an affinity for animals. When he was 10, he found himself an owl, named him Joe, and raised him to be full-grown. Ed cared for his beloved pet owl until Joe began landing on neighbours, landing Joe in his forever home, the Assiniboine Park Zoo. His love for animals continued throughout his life, with his final companions being Muggins and Rascal, the “fire dogs.”

Ed began his career with SaskPower, heading up a number of crews cutting power lines through the wilderness, followed by many years with Kenting Exploration Limited in Calgary. With Kenting, he conducted seismic surveys in the far north of Canada, being onboard the first commercial ship to circumnavigate Devon Island in 1971.

Ed was a very hardworking man. He spent 30 years in real estate in Calgary with Royal LePage, then with ReMax. Throughout his real estate career, he renovated homes with each of his friends, Elmer Szarka, and Brian Downey, as well as with his son, Dean. Ed’s passion for renovations was passed along to both Trent and Dean as they continue his legacy.

Ed spent 50 years married to Carole (Lowey) Stewart, raising their children in Medicine Hat and Calgary, Alberta. He enjoyed working in the yard, playing games, coaching hockey, working on puzzles, making wine, building fires with the “fire dogs,” and caring for their pets (and those the kids left behind!). He enjoyed many travels and a number of cruises, but his most memorable trip was Africa, because of his love for animals.

Ed earned many nicknames over the years…

Lucky Eddie: A hole-in-one with Dean at Highwood Golf and Country Club alone would have earned Ed the title of Lucky Eddie, but he truly lived up to the name when he won not one, but two Western Express lotteries in the 80’s!

Ed Wood: Anyone who knew Ed knew he loved to work with wood. If you were a client of his, you would have received a custom mailbox at one time or another. If you were a friend or family, you likely have scroll saw masterpieces in your possession.

Tough Eddie: A name Ed earned in his younger years, probably coined by his mother when 10-year-old Ed wrote her a letter from boarding school that his aunt paid to have him sent to. The letter stated that he hated boarding school, he was coming home, and to “tell Aunt Helen to go to hell.” He arrived back in Indian Head with pet pigeons in his coat pockets.

Stan: This nickname came from a sweatshirt Lorna gave Ed one Christmas during her university years. She couldn’t afford a monogrammed shirt for him, so she purchased a discounted shirt that had Stan printed in error. Ed wore that shirt for 20 years and gifted it back to Lorna for Christmas in 2017!

One of Ed’s all-time favourite stories was his brush with fame, singing on stage in Las Vegas with Tony Orlando. Ed was so entertaining that several people came up to him after the performance, insisting he was a plant.

Ed shared a birthday with his favourite artist of all time, Elvis Presley. Move over Elvis…Ed is in the house and ready to share your stage!

In lieu of flowers, the family is asking that donations be made in Ed’s honour to the Parkinson’s Foundation at 227 – 4039 Brentwood Road NW, Calgary, AB, T2L 1L1 (www.parkinson.ca) or The Assiniboine Park Zoo, where Joe ended up after scaring the neighbours at 2595 Roblin Boulevard, Winnipeg, MB, R2R 2N7 (https://www.assiniboineparkzoo.ca/).

A special thank you to Lisa Hicks, as she was Ed’s constant companion. She dedicated the last 5 years of her life to his comfort and well-being. She is the heart and soul of this family.

A Celebration of Life will be held at a later date. Please check back on this website for further information; get in touch with Lorna, Lisa, Trent or Dean; or, email edstewartscelebration@gmail.com.
Read Less

Posted Apr 05, 2020 at 07:44pm
Our sincere condolences to the Stewart family on learning of Eds passing. We have many good memories i.e. sports, collecting fire wood, playing cards or sharing a bottle of wine in his company. We must also pass a tribute to Lisa for her dedication in caring for her father during his failing health.
Comment Share
Share via: 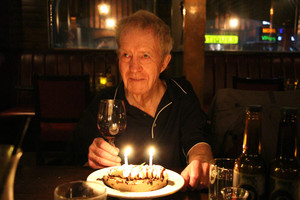 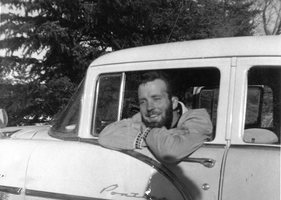 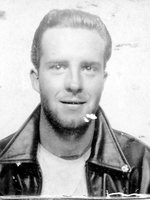 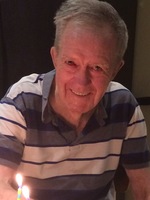