To share your memory on the wall of Douglas Randall, sign in using one of the following options:

Provide comfort for the family of Douglas Randall with a meaningful gesture of sympathy.

It is with heavy hearts that we announce the passing of Doug at the age of 50 on November 17, 2019 in Drumheller, Alberta.

It is with heavy hearts that we announce the passing of Doug at the age of 50 on November 17, 2019 in Drumheller, Alberta.

Doug was born on March 6, 1969, and was a life long resident of Drumheller, growing up and then living on the same street, North River Drive in Midland.

He went to St. Anthony's school and then graduated from the Drumheller Composite High in 1986. Following Secondary school, Doug attended NAIT for Heavy Duty Mechanics, as well as Lethbridge College for Accounting. In his youth Doug was involved in hockey and always enjoyed watching hockey as a past time. He had a soft spot for animals, and was known for having a cat living with him throughout most of his life. Doug was a familiar face seen strolling around town.

Doug was predeceased by his mother Mary in September of 1997. He will be missed by his father Gordon, sister Barbara (Ken), nieces Whitney and Saige of Calgary, as well as aunts, uncles, and numerous cousins. Doug touched so many people, and he will be sadly missed by many friends.

A Memorial Service is being planned for the Spring of 2020 at Choice Memorial Cremation and Funeral Services in Calgary, Alberta. Details will be updated once confirmed.

We encourage you to share your most beloved memories of Douglas here, so that the family and other loved ones can always see it. You can upload cherished photographs, or share your favorite stories, and can even comment on those shared by others.

Posted Dec 05, 2019 at 01:12am
I am so sorry to hear about Doug. He was such a great guy and friend throughout high school and we were able to continue to spend time together when we both attended NAIT at the same time. Gone way too soon! Rest easy Doug. ❤️
Comment Share
Share via:
J

Posted Dec 02, 2019 at 03:10pm
Thinking of you, Gordon, & Barbara & her family. Once in awhile I would see Doug when he was out & about.I know he was a school friend of our Barb. Both gone way to soon. Always remember the good times and the things that made you glad. Please know you are in our thoughts & prayers. Fred & Gerri Shadlock,Drumheller
Comment Share
Share via: 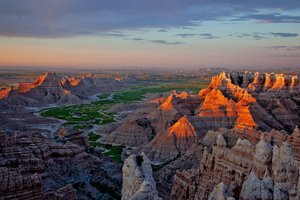