To share your memory on the wall of Carol Truant, sign in using one of the following options:

Carol Maurene Truant was born in Port Alberni, British Columbia. She was born to Laurene Annie Schug and Maurice Lloyd Truitt and was the eldest of 4 children.

Carol Maurene Truant was born in Port Alberni, British Columbia. She was born to Laurene Annie Schug and Maurice Lloyd Truitt and was the eldest of 4 children.

Carol was a great help to her Mom and Dad when the family lived in Copper Mountain, just south of Princeton, BC. The mining house the Truitt family lived in was a one-bedroom, 3 room shack with a pump below the hill where water was carried up from, and an outhouse in the back. Good memories were made to the children, with Mom, Laurene’s homemade gifts and birthday parties, pet dog named Monkey, and colored baby chicks each Easter.

Carol helped a lot with caring for her 3 younger sisters and got paid 7 cents a week to spend at the miner’s confectionary. She went to a one-room school in Copper Mountain and received her first communion there.
She would play the accordion, while her dad played the harmonica and pots and pans for entertainment for fellow miners, while the little ones slept, or tried to.

When the mining there was declining in 1955, she moved with family to Hillcrest, Alberta where she attended local schools, graduating in grade 12. She married her boyfriend, John Truant and lived in Bellevue until she moved to Calgary around 1974. She got her degree in Social Work at that time.

She is predeceased by her father, Maurice Lloyd Triutt; sister, Marvis Truitt; sons, Randall Truant and Jarren Truant, and her grandparents.

Carol had many good qualities, helped countless people throughout the years, and will be missed by family and friends.

Carol's Memorial Service has been postponed for now, and the date will be announced when confirmed.

We encourage you to share your most beloved memories of Carol here, so that the family and other loved ones can always see it. You can upload cherished photographs, or share your favorite stories, and can even comment on those shared by others.

Posted Mar 19, 2020 at 08:54am
Carol and I used to phone each other in the middle of the night every week to keep company in the last year of her life. Although she had many friends she helped me through a very difficult time in my life and I loved her dearly. All my love and blessings to the family.
Comment Share
Share via:
MS

Posted Mar 06, 2020 at 02:37pm
Good bye carol someone I know darcy mom seen and talked to u no more suffering u have gone home Rest In Peace Marlene darcys girlfriend
Comment Share
Share via: 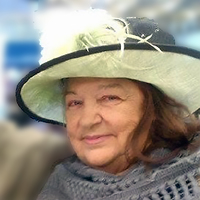