To share your memory on the wall of Arnim Haase, sign in using one of the following options:

Provide comfort for the family of Arnim Haase with a meaningful gesture of sympathy.

Arnim was born in Berlin, Germany and had a happy childhood, despite the war years. After high school he completed his engineering degree in what was then East Germany. Over the years he became more and more disturbed with the Communist Dictatorship and had began planning his escape to freedom. In 1970 he and a friend were permitted to go on a mountaineering vacation to Bulgaria and they hiked right over the mountains, eventually ending up in West Germany. Two years later the Rocky Mountains of Alberta drew Arnim to Calgary. With his German/English dictionary always close at hand, he continued his studies at the University and received his PH. D in Electrical Engineering. He worked in the oil and gas industry in Calgary as a Geophysical Programmer for Sefel Geophysical and for Geo-X Systems, in New Zealand as a development engineer with Phillips for nearly three years and ended his career as a research geophysicist for CREWES at the University of Calgary.

During this time, he also fulfilled his lifelong dream of becoming a recreational pilot. He enjoyed fifteen years of flying light planes and discovering the beauty of God’s creation from the skies. He cherished the times spent with his aviation buddies at Kirkby’s Airfield, at the weekly coffee meetings, on occasional trips to air museums or to check out airplanes for sale. Arnim and Margie enjoyed some wonderful flights together, as well as many hiking trips in the beautiful Rocky Mountains. With family in Germany, they were privileged to experience memorable European vacations; Arnim often commented how grateful he was for the gift of freedom that allowed for this.

In 2003 Arnim had his first diagnosis of cancer. He was still working at the time and would head straight to the office after a morning of chemo. During the next few years he endured two more bouts with cancer, including a stem cell transplant. In March of this year, lymphoma once again invaded his body, this time too aggressively for him to recover; he accepted it peacefully and spent his last days reflecting on the amazing journey life had taken him on.

Arnim is loved and remembered by his wife Margie; his sister in-laws Anneliese Haase and Helen Siemens, brother in-law John Siemens, his nieces and nephews, Cale and Carolyn Siemens, Kerri Siemens, Shawn and Stacey Siemens, James Siemens and Dorothea Haase; his grand nieces and nephews, Kelsi, Berlin, Sage, Ryder, Reid, Fiona, Lucia and Lawrence as well as many treasured cousins and friends. He was predeceased by his parents Bernhard and Irmgard Haase, his brother Robert and his nephew Goetz

We close with the words of the psalmist words which brought peace and comfort to Arnim:

“My soul finds rest in God alone;
My salvation comes from Him.
He alone is my rock and my salvation;
He is my fortress; I will never be shaken”

Receive notifications about information and event scheduling for Arnim

We encourage you to share your most beloved memories of Arnim here, so that the family and other loved ones can always see it. You can upload cherished photographs, or share your favorite stories, and can even comment on those shared by others.

Posted Sep 11, 2019 at 12:01am
Dearest Margie, How blessed we were to have known and loved your beloved Arnim. He lived his life to the fullest accomplishing so many of his dreams. His love for you just shone. We have so many warm and wonderful memories that we will continue to cherish. He is now pain free in the presence of his precious Lord and Savior and some day we will all be reunited in Heaven with our loved ones. God bless and comfort you my dear friend Margie as you travel this journey.
Comment Share
Share via: 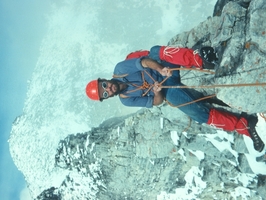