To share your memory on the wall of Alfred Graham, sign in using one of the following options:

Provide comfort for the family of Alfred Graham with a meaningful gesture of sympathy.

It is with heartfelt sadness that we announce the passing of Alfred Raymond Graham, Jr. on November 3, 2019 in Calgary, Alberta. He was lovingly accepted into the hands of the Lord with his daughter at his side.

Alf was born in Toronto, Ontario November 26,1946, and moved to Calgary in 1965 with his family. Alf graduated from U of C with a BComm and later received his CA designation subsequently retiring in 2013 as a Revenue Auditor with the Government of Canada. Although his occupation was as an accountant, his talent and love for music was unrivalled. He was touched when presented with the John Philip Sousa Award, for the most outstanding musician in his graduating class by unanimous decision of staff and fellow classmates. Alf was also a history buff and could recount in great detail virtually any historical event dating from the Roman Empire to present day.

As a Detroit Red Wings fan, Alf never missed a game, and owned more team jerseys, tee-shirts, sweaters and hats than one man should. The only thing that surpassed his love for music, history and hockey, was the love and pride he had for his daughter. He was extremely proud when she received her Dr. of Traditional Chinese Medicine in British Columbia and was continually in awe of everything she accomplished.

Services to be held at a later date.

We encourage you to share your most beloved memories of Alfred here, so that the family and other loved ones can always see it. You can upload cherished photographs, or share your favorite stories, and can even comment on those shared by others.

Michelle credico
Posted Nov 08, 2019 at 07:18pm
I worked with Alf for several years prior to his retirement. The team all had a special place in their hearts for him. Alf would often share his new joke with the team, leaving everyone with a smile. We would look forward to Alf’s review of the newest movies, he was always one of the first to go see the new releases.
I don’t think there was anything more infectious in the office than Alf laugh. We could all hear it, and couldn’t help but laugh as well.
It’s no secret he was the Detroit Red Wings biggest fan, and once it was play-off time, Alf was sure to wear red every day to show support for his team. After his retirement, the team sent him a ticket to go see the Red Wings play when they were in Calgary. He was so excited, he arrived to his seat two hours early. He called me first thing in the morning so excited to tell me that the Red Wings had won the game. He was overjoyed.
He would often talk of his daughter Kim, and would tell us about the next running race she would be participating in, and he always beamed with pride when mentioning her. He was a proud dad.
Condolences to your family for the loss of Alf. He overcame some rough roads with a smile, and was always kind and considerate to everyone in spite of his own challenges. He will be missed.

Tim MacKay
Posted Nov 08, 2019 at 09:44am
I met Alf a number of years ago late in his career. Shortly after meeting me, he found out I was a passionate and avid golfer. A short time later, he presented me with a History of Golf in Alberta book that he had purchased from a small town gift shop on one of his many weekend drives into the country.
The impact of that simple gesture has stayed with me through the years, but that was the man he was. He gave out acts of sincere kindness and thoughtfulness easily, thereby enriching the lives of those people lucky enough to be around him.

Judy Touzeau
Posted Nov 07, 2019 at 03:21pm
So sorry to hear about the passing of Alf Graham.
Our families were "old family friends" from Toronto days, and
it was wonderful to reacquaint with him and his family (especially his sister Patricia) later on
in Calgary and Vancouver.
Alf was kind, considerate, a thinker and lots of fun.
We played trombone together in the Calgary Salvation Army band in the 70's.
He was a fine musician and loved the band ministry.
He loved his family dearly.
Beautiful photos...cherish the memories!
May our gracious God provide comfort and peace during this time of great loss. XX

Posted Nov 22, 2019 at 11:17am
Condolences on the passing of your father and brother. Alf worked for me for a number of years when I was just a new team leader. I was several years his junior and he always treated me with respect. He was a hard worker. He loved his Detroit Red Wings and we had several discussions about hockey as I was a Calgary Flames fan. An avid movie goer, I always knew who to ask about the latest movie and whether it was worthwhile seeing or not. He also loved his golf. Shared many a story about golf as I was just taking golf up.
Comment Share
Share via:
R

Posted Nov 16, 2019 at 12:56pm
My condolences to Alf’s family and friends. When I first met Alf in 1991 his love for family and Red Wings was front and centre. His infectious giggles would brighten our days. Rest In Peace my friend.
Comment Share
Share via: 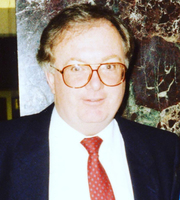 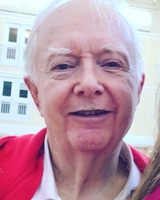 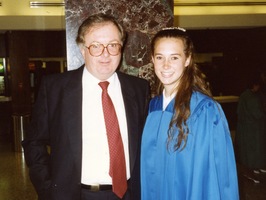 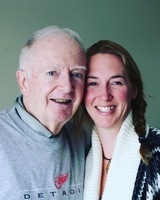