To share your memory on the wall of William Stickel, sign in using one of the following options:

Bill passed away of heart failure in the presence of his wife, Esther; daughter, Ivy; granddaughter, Stephanie and friends, Zack and David. He was born on the family... Read More
Stickel, William George (Bill)
December 21, 1935 - June 20, 2020

Bill passed away of heart failure in the presence of his wife, Esther; daughter, Ivy; granddaughter, Stephanie and friends, Zack and David. He was born on the family farm west of Three Hills, AB. Nearby was a little country school, Sunnyridge, where he received his elementary schooling. When his parents moved into Three Hills, he received the remainder of his education in town. Bill farmed with his Dad until he married his wife, Esther (nee Wiese) July 4, 1959.

Feeling a future in farming was limited, Bill and Esther decided to move to Calgary in 1960. For the first few years Bill worked at a variety of jobs until he found his niche at Twinpac - a company that manufactured a variety of paper and plastic products. He loved his job and was very dedicated to it. He worked hard and after close to thirty years retired as a foreman. Bill was always grateful to Emil Boettcher for seeing the potential he possessed and helping him realize it in his career.

Bill is survived by sisters in law, Alma Stickel, Sheila Wiese and Elma Dean; brother in law and sister in law, Ernst (Bill) and Susanne Wiese as well as numerous nieces and nephews. He was predeceased by his parents, Konrad and Lydia Stickel; brothers and sisters in law, Albert and Lily, Edward and Edith and Oscar.

Bill was a very social person - friendly, talkative and observant. He loved to go out for coffee and to chat with all his neighbors. He made many acquaintances and was well liked. Reflecting on life in his later years he could often be heard commenting "What would a person do without family and friends?" His granddaughter, Stephanie, had a special place in his heart from the day she was born. Her welfare was always a priority - from taking care of her car to walking her down the aisle. He also had a soft spot for his "dawgs," loving and spoiling his furbabies.

On his way to the hospital a week before his passing, Bill said to his family, "If I don't get out, I'll see you in Heaven." The Lord graciously granted him two last days at home to enjoy the love and comfort of his family before taking him to Heaven. Bill loved to sing hymns and gospel songs in his rich lead/tenor voice. As a young man he was in a trio with Fred and Ernie Klumpp. One of their most requested songs was also one of his favorites - Suppertime. It honors the love and affection he had for his Mom as well as the promise of his heavenly home. We rejoice that he is singing there now.

When I was just a boy in days of childhood,
I used to play till evening shadows come.
Then winding down an old familiar pathway,
I heard my mother call at set of sun:

One day beside her bedside I was kneeling,
And angel wings were winnowing the air.
She heard the call for supper time in heaven,
And I know she's waiting for me there.

In visions now I see her standing yonder,
And her familiar voice I hear once more.
The banquet table's ready up in heaven,
It's supper time upon the golden shore.

Due to the current Covid-19 environment there will be no public funeral service for Bill. A private Family Memorial will held at a later date. To view and share photos, condolences and memories of Bill, please visit www.choicememorial.com.
Read Less

Receive notifications about information and event scheduling for William

Posted Jun 30, 2020 at 02:34pm
Esther, Ivy & Stephanie we want to express our deep sympathy at the passing of Bill...May Jesus enfold you in His arms of love & peace & comfort you..we remember Bill as a kind Loving & caring person, always with a kind or funny remark..At our Twinpak bag plant, later called Amcor he was a valuable employee...he was first a machine operator and later was promoted to department foreman. Until his retirement...The many employees of the company & our family will miss Bill...We remember him as an active church member, first at Gateway Church and now at Centre Street church..
We are so proud we knew Bill & his family & thank you for your friendship... Erma & Emil Boettcher... 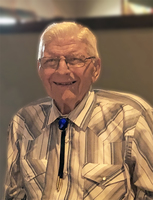 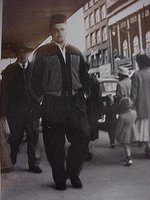