To share your memory on the wall of William McConkey, sign in using one of the following options:

Provide comfort for the family of William McConkey with a meaningful gesture of sympathy.

Print
It is with a heavy heart that we announce the passing of William (Bill) McConkey on January 13, 2020.

He leaves behind his wife Esther, son Bill (Rena), daughter Debbie (Brian), daughter Sandra (Jeremy), and son Robert (Verle). He leaves... Read More
It is with a heavy heart that we announce the passing of William (Bill) McConkey on January 13, 2020.

Bill came to Canada in 1955 from Belfast Northern Ireland to follow the love of his life, Esther. The two were married shortly after arriving and soon started their family. Bill was a master electrician who enjoyed working on the tools. His work took him places like Fort McMurray, Exshaw and Ram River. He also spent many years working at the CPR.

Upon arriving in Calgary, he soon joined the Callies Soccer club. Prior to coming to Canada, Bill represented Ireland in the School’s International Victory Shield and also played for Glentoran Football Club, a local Irish team. He started his soccer career early in life and fell in love with it. Bill was an awesome soccer player and made many all-star teams in Calgary, playing against such notable teams as Leningrad, Hibernia and many other local Canadian all-star teams. One of Bills' highlights was when he was picked to represent Canada and travel to Russia (1960) on a tour. Bill was a fixture with the Callies for over 25 years as a player then later as a Coach. Bill truly loved this great sport. He is always encouraging both on and off the football pitch.
Bill also took up the game of Curling and played in the Calgary Callies Curling League as well as the Calgary Commercial League for many years. Bill was a real student of the game and soon enjoyed playing with his son Bill Jr. in many local bonspiels.

Bill was a sport enthusiast who believed exercise was great for the body. He enjoyed many long bike rides around Glenmore Park and enjoyed doing long day hikes in Canmore, as the mountains were always mesmerizing to him. Bill started running half marathons and full marathons. He finished his last half marathon at the age of 76 with his son Robert. He continually ran his 10 kms a day up to the age of 82.

One of Bills favorite vacation spots was Hawaii. He took his whole family there back in 1979 and he fell in love with the islands.

Bill had the greatest honor when he was asked by both his sons to be their best man at their weddings. Family bonds are strong.

Bill always tried to keep his mind sharp by learning new things such as taking computer courses, welding course, going to SAIT to get his GED(Canadian), and doing crossword puzzles. He tried retirement at the age of 55 for one year, but didn’t like it. He went back to work for another 20 years at Heritage Square, finally retiring at the age of 75.

Sincere thanks to Susan Baxter( Just a Little Help) for her kind caring support, and to the staff at the Bethany Riverview facility ( Cowboy Trail) where Bill lived there with Esther for the last year. In lieu of flowers donations can be made at www.kidsportcanada.ca/alberta/calgary.

Posted Jan 25, 2020 at 02:41pm
Our deepest sympathies to the family, we consider it an honour to have had Bill as a friend over the last 40 years. Bill was a true \gentleman and will be great missed but fondly remembered. Dave Morrow & Family
Comment Share
Share via:
HS

Sweet Tranquility Basket was purchased for the family of William McConkey. Send Flowers

Posted Jan 22, 2020 at 09:04am
Please accept our most heartfelt sympathies for your lossour thoughts are with you and your family during this difficult time.

Flowers were purchased for the family of William McConkey. Send Flowers

Posted Jan 20, 2020 at 01:13pm
Dear Bill and family,
We are so sorry to hear of your tremendous loss. We enjoyed many years of sitting in the stands at St Mary’s HS with both of your parents, bleeding green for our beloved Saints. They were great fans for the Saints, and for life itself.
We wish you blessings and peace,
Paula and Lee Ettinger, Max, Grace, Tilly and Nick
Comment Share
Share via: 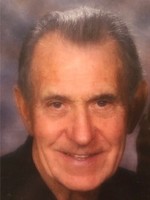 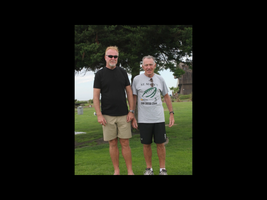