To share your memory on the wall of Wayne Jefferson, sign in using one of the following options:

Provide comfort for the family of Wayne Jefferson with a meaningful gesture of sympathy.

William “Wayne” Jefferson peacefully passed away, and went home to God on Saturday, May 16, 2020. Wayne was born to Pearl Simons (Nee Jefferson) and Wesley Jefferson (deceased) on October 12, 1948 in Regina, Saskatchewan. Wayne grew up in Calgary, AB and was raised along with his brother Monty, by his Mother and Stepfather, David Henry Simons. As a child he kept his Mom very much on her toes, always on the outlook for little-boy mischief. School was not really his forte, except to look good for all the pretty young ladies. Wayne was always very hard-working, never without a job.

As a young man, Wayne had to overcome a lot in his life. He traveled a hard road, but after meeting his Higher Power through Alcoholics Anonymous, Wayne chose to continually work to overcome his challenges and went on to change, not only his own life, but the lives of many others. He is known and admired by his family and friends, for his extraordinary ability to take what he learned through his own struggles, then go on to help and mentor others.

Wayne was kind, caring, slow to judge and quick to forgive. His love and kindness spilled out over his family and friends and he would always lend a helping hand where needed. Wayne was well known for his unwavering honesty and commitment to speaking the truth, even if it ruffled a few feathers.

In 1997, Wayne married the love of his life, Linda, who brought Wayne the happiest years of his life. They were inseparable from that point on, going on trips to visit family in Texas, flipping houses, going on cruises, and generally enjoying one another’s company. Linda tirelessly stood by Wayne, and was his rock, when he suffered a major stroke in 2014 which left him partially paralyzed.

In March 2020, the hard decision was made by Wayne and Linda, that it was time to transition to a long-term care facility, where shortly after he became ill and was admitted to hospital where he passed, too soon after.

Wayne will be fondly remembered for his quick wit, playful personality, sense of humor, positive outlook, silly antics, and blue eyes that sparkled when he smiled.

He is survived by his Loving and dedicated wife, Linda Jefferson; his Mother, Pearl Simons; his brother, Monty (Ruth); sister, Gerry (Ricardo); sister, Valerie (Jon); his step-children Mike (Liz) and Tara (Kaz); 5 Grandchildren, Nicky, Chase, Kelsey, Alexis, Drew; and one Great-Grandson, Des; also Wayne’s children, Michelle and Andrew; and a large extended family, all of whom he loved dearly. He is pre-deceased by his Father, D.H. (Harry) Simons, Mother-in-Law Jean, and Father-in-Law Bill McLaughlin.

Unfortunately, due to COVID-19, a funeral will not be held, but a memorial service will be announced at a later date. The family asks that donations be made to Alcoholics Anonymous or the Heart and Stroke Foundation, in lieu of flowers.

Receive notifications about information and event scheduling for Wayne Jefferson

We encourage you to share your most beloved memories of Wayne Jefferson here, so that the family and other loved ones can always see it. You can upload cherished photographs, or share your favorite stories, and can even comment on those shared by others.

Posted May 25, 2020 at 11:24pm
Sincere condolences Linda & family...will never forget his big smile and how he treated everyone. Our kids referred to him as Uncle Wayne and always had a lot of fun when he would come to Kamloops. Missing you Wayne....Love Elaine, Rod & Brad

Posted May 23, 2020 at 11:51pm
Brother Wayne , how Harald and I loved to play crib with you. We would tease you , making you think we were ganging up on you , all the time just out to win for our own benefit. You were one of a kind for sure, a real gentleman, fun loving, caring and a true friend. I will always think of you with a smile on my face especially when I score the Patrice dozen crib hand. RIP bro

Posted May 22, 2020 at 08:25am
There are people that come into your life that change your life - and for me Wayne was one of them. We quickly became friends and then business partners and it was an unlikely match. But we clicked instantly.
There is the old saying "what would Jesus do" - well for me that became - 'What would Wayne do ?"
I have a few memories of when I had a big decision to make and I would worry and spend days thinking it over and then out of the blue Wayne would come up with a perfect solution. It was magical to watch how he could enter a situation, look things over, and within minutes come up with a brilliant solution.
He really shone in bringing people together and helping each person in the group to become a better person. He just knew what to say and how to say it.
I don't know how or why we get to meet and become friends with certain people in this journey we call life, but, for me, one of the biggest moments of my 65 plus years on this planet was meeting "old Wille" - Wayne Jefferson.
Until we meet again Wayne. I love you.

Posted May 21, 2020 at 11:29pm
"Jefferson", one of my favorite people of all time. This man was such a unique character and a true original. Gone too soon but never forgotten. I will always remember the good times we had together and all the laughs you gave me with your stories and old school lingo. Thanks for all the poker games, UFC fights, golfing,football games, vacations, and holidays we spent together. I miss you already buddy, but I was lucky to know you for 18years. You brought so much joy to my family's life and always looked out for us especially when we were in Canada. I know you weren't perfect, but the guy I knew since 2002 was a solid dude with a big heart. A guy that would never let me pay for anything and always knew a good spot to get some food. I wish we could have had more time but I got a lot of great memories. Until we meet again my friend, save a seat and some poker chips and turn on the fights. Much love and respect from your homie Kaz in Texas.
Comment Share
Share via: 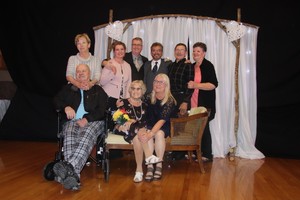 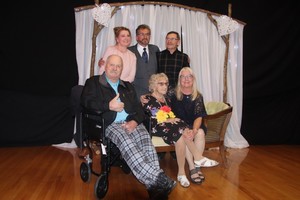