To share your memory on the wall of William Gaskell, sign in using one of the following options:

Provide comfort for the family of William Gaskell with a meaningful gesture of sympathy.

Bill died peacefully in his sleep on Tuesday, September 10, 2019. Bill was a traveler, a hiker, a singer, a lover of the mountains, and a wonderful Dad, Uncle, Grandpa and Great Grandpa. He was born to Fred and... Read More
Gaskell, William Milligan

Bill died peacefully in his sleep on Tuesday, September 10, 2019. Bill was a traveler, a hiker, a singer, a lover of the mountains, and a wonderful Dad, Uncle, Grandpa and Great Grandpa. He was born to Fred and Katherine Gaskell (nee Milligan) on April 30, 1928 and grew up in Ghost and Seebe Alberta where his father worked for Calgary Power, now TransAlta Utilities. Bill, the eldest son, was followed by Gordon, Norman and Alan. Bill was a skillful storyteller and regaled his family and friends with stories of his and Gordon’s teenaged exploits in a Model T Ford.

While studying engineering at the University of Victoria, Bill met his future-wife Alice Naunton in the choir of St. Michaels and All Angels Anglican church where they both sang. After some time in Victoria, Bill returned to Alberta to work for Calgary Power before moving to Newfoundland to gain experience with Calgary Power’s sister company, Newfoundland Light and Power. Alice followed Bill to Newfoundland and the two were married in St. John’s. Bill and Alice’s children, Richard, Ann, and David were all born in Newfoundland. The time in Newfoundland provided Bill with a wealth of stories, from visiting the outports and trying to get his Alberta ears to understand local accents, to managing to restart of one of the giant generators after a massive storm which knocked out most of the power on the island. When Bill’s father Fred retired, Bill, Alice and their three children moved back to Alberta and Bill rejoined Calgary Power (TransAlta). Bill began working with computers when they were first introduced into the workplace, developing his skills to eventually retire from a Senior Systems Analyst role in TransAlta.

Bill was a natural teacher and enjoyed teaching swimming at the Vecova Center for Disability Services and Research (VRRI) and later taught computer programming classes at the Southern Alberta Institute of Technology (SAIT). He also taught many of his hiking friends about the flowers they came across on the trail. Bill was one of the founders of The Fifth Dimension Outdoor Club and he was a popular hiking companion within the club. He had an uncanny sense of direction in the mountains and those who hiked with Bill knew they wouldn’t get lost. He was generous and patient as he helped hikers less able than he was to enjoy the mountains he loved so much.

Bill spent many years in retirement combining hiking with travelling. He visited Machu Picchu in Peru, and visited Switzerland, Turkey, England and Scotland. He also took two trips on horseback to the volcanic region of Mount Edziza in Northern British Columbia. He, Alice, and David traveled extensively through British Columbia, Saskatchewan and Alberta in a camper van to find more landscapes to explore and to visit his three grandchildren.

Bill stayed active into his mid-eighties, walking with his neighbors in Coach Hill and celebrating his 85th birthday by walking the 15-kilometer trail around Elk Beaver Lake on Vancouver Island with Ann and one of his favorite hiking companions, Oliver, Ann’s golden retriever. Bill moved to an assisted living facility as his innate ability to find his way started to fade with the onset of dementia. He spent his last years in supported-living environments where he was popular with both residents and staff.

Bill was predeceased by his parents, his brother Gordon, his wife Alice and his son David. He is survived by his brothers: Alan and Norman, Gordon’s wife Anne and their families, his son: Richard and wife Marian Hood, his daughter: Ann Archibald and her partner Rod Henson, granddaughters: Jessica, Isabelle and Pascale, and great-grandchildren Brontë and Dacre.

A Celebration of Bill’s Life will be held at Scarboro United Church, 134 Scarboro Avenue SW, Calgary, on Friday September 20, 2019 at 2:00 p.m. Bill loved the natural world and flowers in the wild, so, in lieu of flowers, please take a moment along a forest trail, a prairie hill or river-bank to find your own way to remember the humor, intelligence and kindness that Bill brought into your life, and pass it along.
Read Less

Receive notifications about information and event scheduling for William

Posted Nov 07, 2019 at 03:36pm
Bill Gaskell had a huge impact on my life and the lives of my children. Bill, Alice and David were our neighbors in Wildwood and then in Coach Hill. They will be forever loved ♥️
Comment Share
Share via:

Posted Sep 14, 2019 at 09:01pm
Bill was a great choir pal and a great guy who always had good stories. We will all miss him.
Comment Share
Share via: 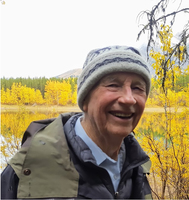 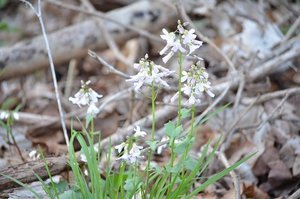