To share your memory on the wall of Timothy Flanagan, sign in using one of the following options:

It is with profound sadness that we announce the passing of our brother Tim Flanagan. Tim died on September 28, 2020, the first anniversary of the death of his beloved f... Read More
Timothy Edward Flanagan
March 6, 1967 - September 28, 2020

It is with profound sadness that we announce the passing of our brother Tim Flanagan. Tim died on September 28, 2020, the first anniversary of the death of his beloved father Pat Flanagan.

Tim was born on March 6, 1967 in Red Deer, AB, the youngest of 6 children of Pat and Biddy Flanagan. He grew up and attended school in Red Deer until grade 11, when his passion for hockey took him to Notre Dame high school in Wilcox, SK; the same school his dad attended in the 1950s. He was proud to be a “Hound”. Tim was a talented and tough hockey player, playing two years on the AAA midget team at Notre Dame. In 1984, his second year at Notre Dame, Tim was one of the captains of the Hounds, leading his team to the finals of the Air Canada Cup, the Canadian National Midget hockey championship. After graduating high school at Notre Dame, Tim received a hockey scholarship to Michigan Tech. and when the 1984 hockey season started, Tim, at age 17, was the youngest player in all of U.S. college hockey. After his first year at Michigan Tech., Tim was drafted by the Los Angeles Kings in the 7th round (135 overall) of the 1985 NHL draft.

Tim left Michigan Tech. in 1986 and joined the Penticton Knights of the BCJHL, being a big part of the team that won the 1986 Centennial Cup, the National Jr. A. hockey championship. In 2011, the 1986 Knights team was inducted into the BC Hockey Hall of Fame. Tim then played a season with the Calgary Wrangles of the WHL and embarked on his dream to be a professional hockey player. After two training camps with the L.A. Kings and one with the Edmonton Oilers and 10 exhibition games, unfortunately Tim was unable to secure a pro contract with an NHL team. He played a few more years in the Newfoundland senior hockey league and the British hockey league before hanging up the blades in 1992.

Tim became an insurance adjuster in 1993 in Red Deer and then moved to Calgary in 1996 continuing as an adjuster. His entrepreneurial spirit and love for hockey resulted in his creation of “The Hockey Game”, a hockey trivia board game that he invented in 1997. Tim was not one to be stuck at a desk and in 2005 became a self-employed oilfield equipment broker, a role that he flourished in. Tim was a legend to all who got the opportunity to know him. He was the life of every party and could light up a room in an instant. He had a huge heart and was extremely generous, especially to his Mom and Dad, who were more than just parents, but rather his best friends. Tim was a kind, fun-loving character and the stories of him are epic and hilarious. If you had the good fortune to be one of Tim’s friends, you were very lucky. He was a beauty.

Tim was predeceased by his Mom and Dad, who are sorely missed. He will be lovingly remembered and forever missed by his siblings, Patti, Dawn, Mary, Jamie (Kim) and Dan (Judi) and his nieces and nephews.

A form of Irish Wake and Celebration of Life (COVID constrained) will be held at the Event Centre at the Grey Eagle Casino on Thursday, October 8, 2020 from 6 pm – 9 pm. Please note, no minors are allowed.

Receive notifications about information and event scheduling for Timothy

We encourage you to share your most beloved memories of Timothy here, so that the family and other loved ones can always see it. You can upload cherished photographs, or share your favorite stories, and can even comment on those shared by others.

I am sorry to hear of the passing of your brother Tim on September 28th. I was lucky enough to meet Tim many years ago on a ski trip to Whistler / Blackcomb. It was a ski trip with Dave Barette and yourself. Your brother Tim joined us for us some skiing. My first memory was you and Dave who I admit at that time were better skiiers than myself and your brother Tim who had just finished his hockey career. The two of you (Dave and Jamie) thought it was funny to bring Tim and I to a run called Saudan Couloir on our first day. I remember looking over the ridge and wondering how I was going to get to the bottom of such extreme pitch. Both you and Dave took off leaving Tim and I to support each other as we quickly learned to do quick short radius turns. I also spent much time on my butt. Tim kept us going and kept reminding me that staring down the hill wasn't going to make it easier. Even though Dave, you and I had gone to school together, Tim fit in and he was definitely fun to hang around with and a big part of making our ski trip a great memory. I'm sure your brother Tim will be missed by all those who were lucky enough to meet him. My thoughts and prayers go to Tim, you and your family. Robert Aubry
Comment Share
Share via:
P 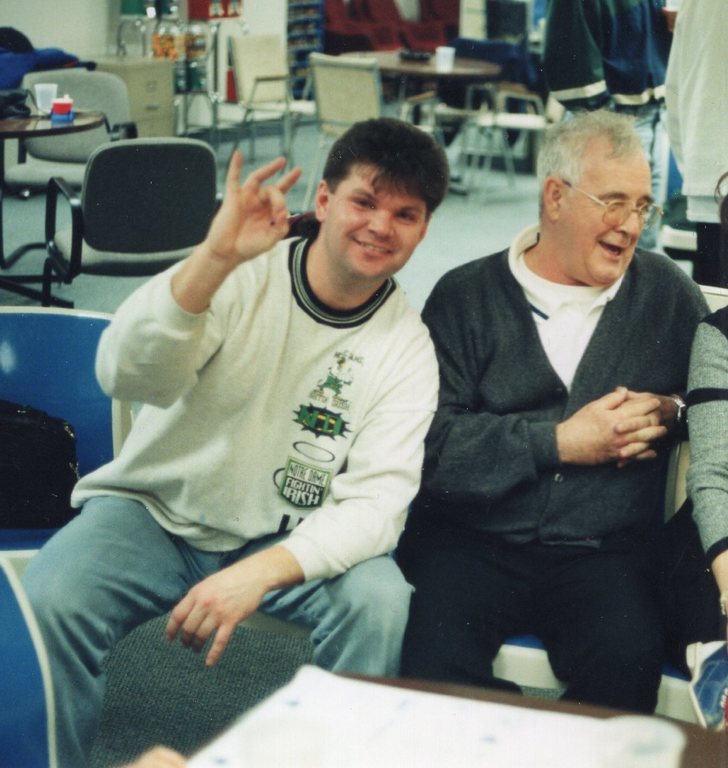 Posted Oct 08, 2020 at 02:45pm
Still 'Timmy' to me and of course forever 'George' because of Murray. We could always count on Timmy to engage in a lively and very entertaining discussion with ole Mur at family gatherings. Fond memories of shared Christmas dinners, Boxing Day bowling and antics at the lake.
Patti, Dawn, Mary, Jamie, and Dan our thoughts and prayers are with you as you celebrate Timmy today. So sorry we are unable to be with you in person.
Love Patti and Henri 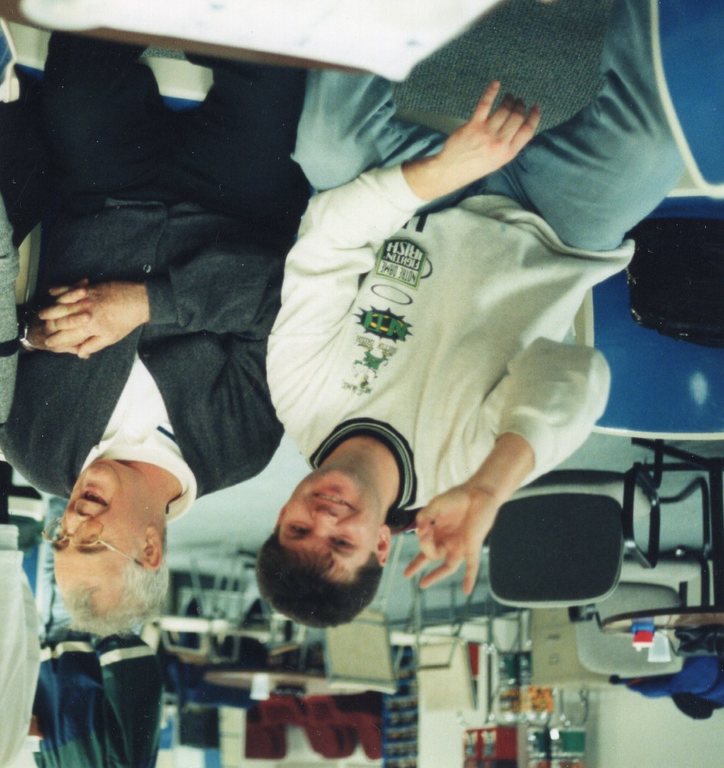 Posted Oct 08, 2020 at 12:06pm
Tim was such a genuine soul and will be missed forever. He was so kind and generous and was just a good guy. He cared about my family and me so much and we really miss him. I wish we'd had more time together and I send my deepest condolences to his family. I wish I could be there in AB to celebrate his life as well. He has forever impacted my life. We love you Tim. --Taylor Davie 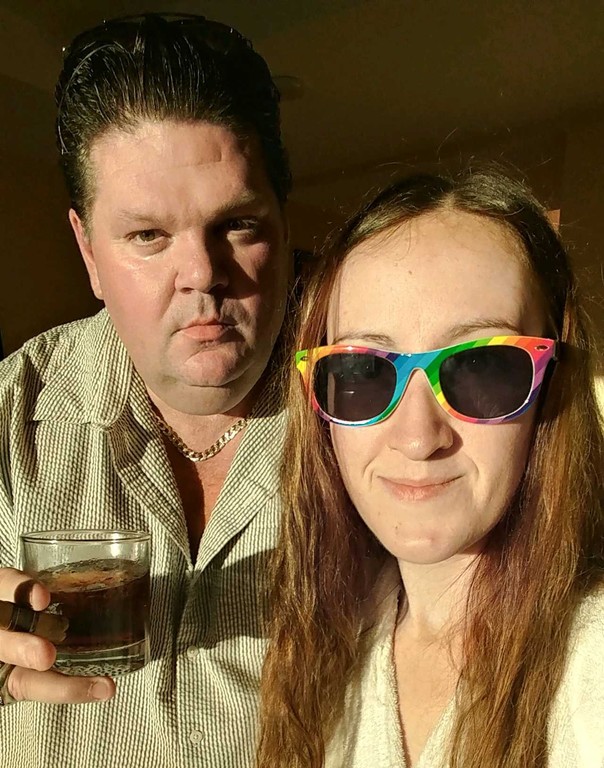 Posted Oct 06, 2020 at 10:11am
Jamie and siblings: It is with profound sadness that I extend my condolences, love and prayers. May the good times with Tim be etched in your hearts forever.
Comment Share
Share via: 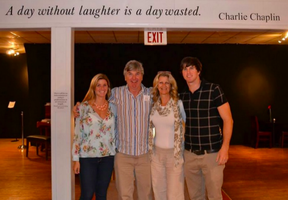 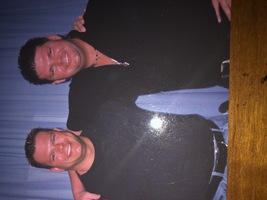 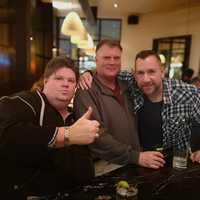