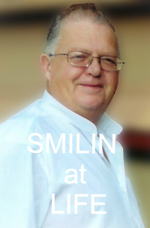 It is with great sadness that the family of Terrence Robert Lawson (Terry) announces his passing on March 10, 2020 after a long and courageous battle with cancer.

Terry loved to spend time with his kids and grandkids every chance he could.

He spent most of his years working for John Deere Dealers, first as a heavy equipment mechanic and then as a service manager in Killarney, MB and then Athabasca, AB.

After his move to Calgary, AB, Terry went to work for Cervus Equipment as a parts technician where he was still employed when he passed.

Terry was also a volunteer firefighter for 7 years in Killarney, MB, and for 9 years in Athabasca, AB where he also took his EMT training. He retired from firefighting as a fire chief when he moved to Calgary. He loved being a firefighter and missed it until the day he passed.

For the last 7 years Terry spent every weekend at Eagle Lake RV Park with his Eagle Lake family, where he loved to fuss with the fountains and decorate his site, watch the birds, and take millions of pictures.

Terry will be missed so very much, by so many,

His family would like to thank everyone at the Tom Baker Cancer Center for all of their help fighting his cancer over the last 7 years, and their palliative care nurses who were so kind and caring.

We would also like to thank everyone on Unit 43 of the Peter Lougheed Hospital for looking after him so well when he was there, and their palliative team.

Also a very special thank you to everyone at Chinook Hospice for their exceptional caring and kindness to both Terry and myself, and all the great hugs.

In lieu of flowers, please make a donation to the Tom Baker Cancer Center.

A Celebration of Life for Terry will be held in St. Malo, Manitoba at the end of August.