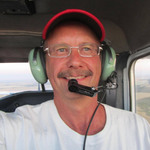 It is with heavy hearts we announce the sudden passing of Terrance (Terry) Alan Grasley on January 5, 2020.

He is survived by his two sons Jesse and Jordan, parents Don and Irene, brother Larry (Erna) Larry's son Derek and daughter Deana, sister Kelli and her daughters Kirsten and Kaitlin.

Terry grew up playing hockey, soccer and baseball in the Tri-Wood Community. He was very athletic and competitive.

One of his favorite places was his Uncle Ian and Aunt Georgina's farm in Langruth, Manitoba. He spent many summers there. He was an avid pilot, gaining his love of flying from Uncle Ian.

Terry was a true outdoorsman. He was passionate about hunting, with many successful seasons. He also enjoyed snowmobiling and dirt bike riding. He passed these passions onto his two sons.

Most of his working career was alongside his Dad and other family members at the farm equipment business, Wheat-Belt Industries.

He was very proud of his sons and what great young men they have become. They will carry on all these traditions in his honor.

Terry had a kind heart. He will be dearly missed.