To share your memory on the wall of Ron Seeley, sign in using one of the following options:

Provide comfort for the family of Ron Seeley with a meaningful gesture of sympathy.

Ronald G. Seeley of Springbank, formally of Arrowwood, passed away at the age of 64 after a brave battle with cancer at the Foothills Hospital on May 26, 2019 at 10:00 am.

Ron was born in Vulcan, AB on September 25, 1954. He farmed with his family in his early days.

Ron married in 1974, and was blessed with 3 wonderful sons Clarke, Owen, and Jeffrey. He had a successful career in Air Traffic Control which brought him to live in many different cities, including Inuvik, Fort MacMurray, Leduc, and Calgary.

While in Calgary, Ron met Anne and they were married on September 2, 2000. Ron was a very loving person and never had a bad word for anything or anybody. He graduated top of his class in Air Traffic Control. He could accomplish any task he put his mind to. Ron was an active member of the Springbank Community, and operated a fly-in guest house called the Tie Down since 1998 with his wife Anne. Aviation was his passion, and he inspired many others to become involved in the industry. Ron was a pilot himself who took his first solo flight in the Arctic at 19.

Ron was predeceased by his parents Robert and Ivy Seeley, and his brother Donald Robert.

A Celebration of Life will be held at the Springbank Heritage Club on Sunday, June 2 at 1:00 pm. All are welcome, and donations in Ron’s memory to the Heartfund would be greatly appreciated.

Receive notifications about information and event scheduling for Ron Seeley

We encourage you to share your most beloved memories of Ron Seeley here, so that the family and other loved ones can always see it. You can upload cherished photographs, or share your favorite stories, and can even comment on those shared by others.

Posted Jun 02, 2019 at 11:03am
I'm so very sorry to learn of Ron's passing. I had fully intended to come to the service today, but unfortunately we are dealing with some health issues and my daughter and I will be unable to attend. Bob also sends his regrets as his immune system is severely compromised right now so he can't take a chance on being around a lot of people. We send our very best thoughts and prayers. I didn't know Ron very well, but I fondly remember visiting the family when we were kids and then getting together for some of the family reunions etc. (those were good times).
Love Karen Zawalykut
Comment Share
Share via:
DM

Posted Jun 01, 2019 at 03:24pm
Anne,
Chris and I were both saddened and shocked to hear of Ron's passing. It was a pleasure spending time with you and Ron at the campsite. Ron was always smiling, willing to lend a hand, and had a great outlook on life. He will be missed around the campfire. Sending you hugs and our love during this difficult time. Chris and Darlene
Comment Share
Share via: 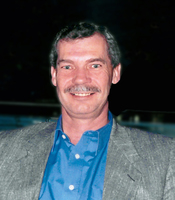 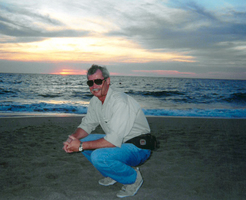