To share your memory on the wall of Ronald Murray, sign in using one of the following options:

On Thursday August 15, 2019 at about 3:01 pm, the family gathered to say a final goodbye to the toughest, strongest man and the most tenacious fighter we’ve ever known. Ronald James Murray, beloved husband and fat... Read More
Murray, Ronald James

On Thursday August 15, 2019 at about 3:01 pm, the family gathered to say a final goodbye to the toughest, strongest man and the most tenacious fighter we’ve ever known. Ronald James Murray, beloved husband and father, passed quietly and peacefully surrounded by the family he held so dear.

Ron put up a hard fight for a decade against a formidable foe, and finally succumbed to Multiple Myeloma and Leukemia. He is already missed and will forever be loved and remembered. He is survived by his wife of 62 years, Carol and his two children, Carron (Joseph) Nemeth and David (Twyla) Murray. Ron also leaves behind 8 grandchildren and 8 great grandchildren.

Ron was born on September 14, 1936 in Brandon, Manitoba, then lived for a while in Ontario before joining the Air Force in 1954. During his service he was stationed in Winnipeg, Germany, Cold Lake and again in Winnipeg where he retired in 1975. The family then moved to Calgary where he and Carol managed the KOA Calgary West campground until finally retiring for good in 1995.

Ron was passionate about his family and travel and loved all of the family’s pets as much as they loved him. He was well known for the twinkle in his eye and his bright smile.

There will be no public service for Ron, as the family has opted for a private Celebration of Ron’s Life. To view and share photos, condolences and stories of Ron, please visit www.choicememorial.com.
Read Less

Posted Aug 19, 2019 at 05:10pm
Ron I am so sad. You are a great man, a good friend. He had such love for Carol and his children and grandchildren and even his grandpups. Always smiling, I have been missing you for a while, now it is forever. You are always in my heart. Judy Slaughter
Comment Share
Share via: 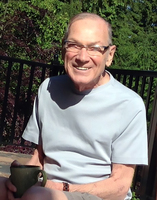 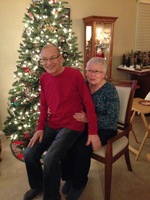 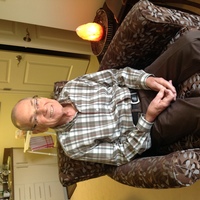 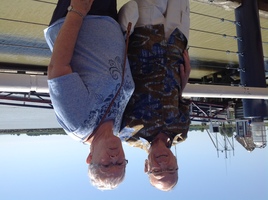