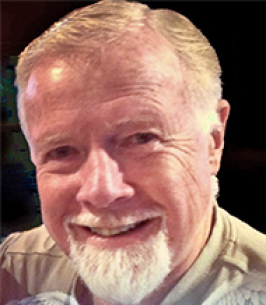 It breaks our hearts to announce the passing of our devoted father Ron, a courageous man, on the evening of Saturday October 8, 2022 at Foothills Hospital in Calgary with family at his side and the Hunter’s Moon making an appearance.

Also behind mourning his loss is Sharon Brown (Holtz), mother of Robert and Christopher, and Arlene Brown (Preston) mother of Shelley and Shanon.

His brother Dave Brown will miss his constant calls and visits many times teasing each other about hockey results or their antics as kids. His sister Susan Johnston (Jim) will also miss their regular communications.

We’re sure many loving relatives who went before will welcome him home. He was predeceased in 1971 by his son David Brown (son of Arlene) who had a tragic accident at 6 years old. Also gone before is his father Robert Brown in 1981, his mother Athalie Brown in 1997 and brother Robert ‘Bud’ Brown in 1997.

Dad’s family was his greatest love and we’re certain his second love was hockey. He grew up in Edmonton and began coaching hockey in the early 70’s in NWT when he moved his family there for work. Calgary eventually became his home where his sons and the community benefited from his commitment to hockey development. He also held roles with teams, clubs and associations managing and coordinating. He created the Elite Dynastars, worked with Perry Pearns summer camps and was Vice President of Operations with Calgary Royals for many years. He was a great believer in cross training sports so he started up Sabre Cats Lacrosse in Calgary and he is their 1st Honorary Member. He was also his daughter’s biggest fan at figure skating competitions and was rarely defeated playing his sons many games of chess. And he loved many genres of music, but he was especially fond of Emmylou Harris and was thrilled to see her live performance.

Dad loved raising show birds, rabbits, and tropical fish. One thing is certain, whether you were his kids, extended family, or any of his animals you received the utmost care and would be fed the best nutrition. We can all hear Dad saying ‘eat’.

He loved all the special occasion gatherings with family and friends, brother Dave’s cabin and cousin Dee’s lakehouse, and he adored spending time with his grandchildren.

He was a smart man, often outwitting the younger generation with his technical savvy. No surprise that he held three journeyman tickets, Heavy Duty Mechanic, Electrician and Welder. He began his working career with CN Rail in Edmonton and then advanced to CN Telecommunications where he worked all over Alberta and the NWT. His stories from the north could compete with Robert Service’s Sam McGee.

In the late 70’s he moved his family to Calgary to join Waterous Detroit Diesel and was their Service Manager for 25 years expanding their shop into a large new building before he retired in 2003.

Although he spent the last 40 years in Calgary, he never cut his Edmonton ties as an Oilers and Eskimos fan.

There aren’t enough words to express the gratitude for all the care and compassion Dad received from the staff of Palliative Care Unit 44 McCaig Tower Foothills Hospital. Dad was also blessed with many special visitors, you’re all angels, and we thank Dee and Denise for the extra overnight help.

Dad held our hands for a little while but he holds our hearts forever…Godspeed until we meet again.

A Memorial Service and Celebration of Life will be held at a later date. To view and share photos, condolences and memories of Ron, please visit www.choicememorial.com.