To share your memory on the wall of Roman Lebedynski, sign in using one of the following options:

Provide comfort for the family of Roman Lebedynski with a meaningful gesture of sympathy.

Roman (Ray) Lebedynski, a 6-year resident of Calgary, Alberta passed away on July 15th, 2019 at the Foothills Hospital. Ray grew up in Brusno Nowe, Poland and came to Canada at the tender age of 19. He landed in Montreal, Canada which is where he went to school to become a journeyman electrician. His first language was Polish, followed closely by French and then English.

Montreal is where he met his wife, Francis (Tootie) Sinclair. They were married in Dartmouth, Nova Scotia in October of 1963.

He is survived by his children Tommy, Casia (J), and Darlene (Burton), his six grandchildren; Joshua, Cassius, Anthony, Logan, Zachary and Abigail and his sister Linda (Stan). Roman was predeceased by his brothers Teddy and John Lebedynski, sister Mary Czop and his parents, Roman and Katagina Lebedynski.

Prior to moving to Calgary in October of 2013, Roman resided in Portage la Prairie, Manitoba for 47 years. He worked at Plain City Electric for over 30 years and retired in 1997.

Roman loved gardening and had an immense love of all animals. He was a friend to so many and he was loved by all who knew him.

Receive notifications about information and event scheduling for Roman

We encourage you to share your most beloved memories of Roman here, so that the family and other loved ones can always see it. You can upload cherished photographs, or share your favorite stories, and can even comment on those shared by others.

Plant a Tree in Memory of Roman
Plant a tree 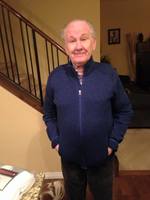 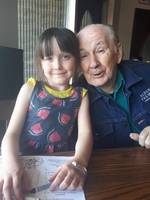 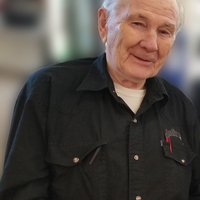