To share your memory on the wall of Rodolfo Kanter, sign in using one of the following options:

With gratitude, we remember Rodolfo (Rudy) Kanter Espinosa who passed away peacefully on Saturday, June 6, 2020 after a six year final life mission to share a message received from God in 2014: “God is real, God loves us, God is waiting for us, and God is healing us.”

Rudy was born, raised, and married in Mexico City. Rudy and family immigrated to Kelowna, British Columbia, Canada in 1988 and moved to Calgary, Alberta in 1999. He was a devoted husband, father, and grandfather with a deep and sincere faith. He was active in the church choir, the Knights of Columbus, Marriage Encounter (Mexico and Canada), Alpha (English and Spanish in Calgary), Rotary International Club (Mexico and Canada), founder member of Casa Mexico (Calgary) and founder of the Canada Mexico Chamber of Business. Rudy was well respected by so many during his long architecture, and drafting career.

Rudy will be missed dearly by his wife of 51 years, Laura López Kanter; his daughter Ingrid (Michael) Uhrich of Kelowna, BC; and sons, Gerardo of Ottawa, ON and Danny of Calgary, AB; as well as his three grandchildren, Gabriel, Emma, and Victoria in Kelowna. Rudy was predeceased by his mother, Emma Espinosa Arenas in 1953 and father, Enrique Kanter Marroquin in 1979.

Due to Covid-19 relatives and friends are invited to join us in prayer (virtually) on June 23 at noon and at 6:00 p.m. Please forward condolences through Choice Memorial.
Read Less

Receive notifications about information and event scheduling for Rodolfo

We encourage you to share your most beloved memories of Rodolfo here, so that the family and other loved ones can always see it. You can upload cherished photographs, or share your favorite stories, and can even comment on those shared by others.

Plant a Tree in Memory of Rodolfo
Plant a tree 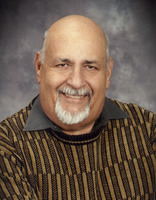