To share your memory on the wall of Robert Zaran, sign in using one of the following options:

Robert (Bob) was a thoughtful and caring husband, father, grandfather, and uncle. He was a proud Graduate of the Don Martin... Read More
Robert George Zaran

Robert (Bob) was a thoughtful and caring husband, father, grandfather, and uncle. He was a proud Graduate of the Don Martin School of Broadcasting in Hollywood California. His positive influence on people can be attested to by the thousands of students he taught in his 25+ years as a broadcasting instructor at SAIT. Dad did not need status, wealth, external validation, or stuff to show up in a first-class manner, he was comfortable in his own skin.

Bob enjoyed his later years cheering on his favorite CFL Football team, the Saskatchewan Roughriders, having a glass or two of his favorite wine, and spending time with family, friends, and his beloved cat Isabella.

Bob is survived by his loving wife of 69 years, Mary Zaran; son, Jason and his wife, Pamela Zaran; grandchildren, Faith and Quinn Zaran; he is also survived by his very close sister-in-law, Anne Schmidt. He was predeceased by his sisters, Kaye Kearns, Sophie Zaran, Betty Pitman and Esther Boulter and brothers, Dave and George Zaran.

Bob was a classy, well spoken, selfless, caring, genuine and curious gentleman of solid character who loved nothing better than to engage people in conversation and learn more about their story. He will be missed greatly.

Posted Nov 24, 2020 at 02:38pm
Uncle Bob has been a primary influence and a big part of my life since the very beginning. He is the reason I became a Roughrider fan when he regularly gave me tickets as a pre-teen. I babysat Jason from the time he was born to the time they moved to Calgary. Uncle Bob gave the toast to the bride at our wedding which was so eloquent and humorous that he had the guests enthralled and in "stitches". We always kept in close touch and visited Uncle Bob and Aunty Mary regularly. We sat together at all the family weddings and festivities over the decades. So much laughter and love. It was such a special privilege to welcome him, Jason and Quinn to a Rider Game in 2018 so he could experience the new Mosaic Stadium. Uncle Bob and my Mom (Anne Schmidt) retained a great friendship over the years she will miss their regular long and lively phone calls to discuss family and "politics". Uncle Bob lives in the hearts of those he touched, for nothing loved is ever lost and he is loved so much and our cherished memories of him will never fade. Terry and Dennise Dedman 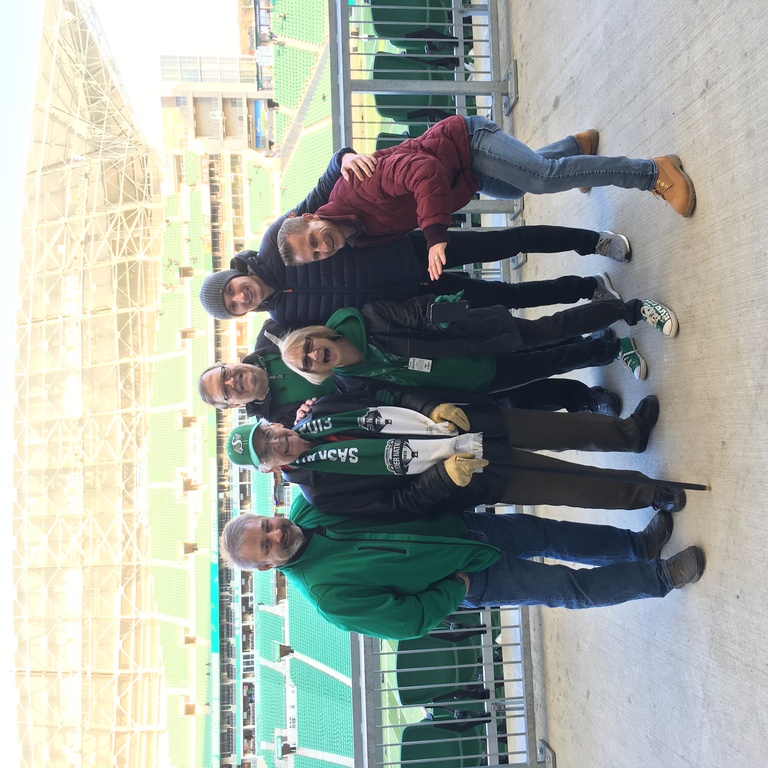 Posted Nov 16, 2020 at 04:33pm
I had the pleasure of having Bob as my instructor at SAIT (1979-1981). Bob was instrumental in guiding me in the start of my career. He helped me get a practicum at CFAC Radio and strongly recommended that , If I wanted to make any money in radio, that sales was the place to be. So, with his wisdom and guidance, my first job was in Salmon Arm, as CKXR (Big R Radio) as a salesman. Bob was such wonderful man and so sorry that I was unable to reconnect with him in his later years. May he rest in peace.
Comment Share
Share via:
RP

Posted Nov 16, 2020 at 02:59pm
From Vivian:
Ralph and I enjoyed a friendship during over 45 years of being across the street from Bob and Mary. We had many laughs together and always helped each other out. I have lots of memories.
From Robin:
Jason and family, our condolences. Bob was a kind man and will always be remembered fondly.
Comment Share
Share via:

Posted Nov 16, 2020 at 12:42pm
Jason, Pam and kids - I'll always remember sharing so many big family occasions with Robert over 30 odd years. His passion and energy for the family was inspiring. Robert was always a gentlemen and a standard of behavior that we should all aspire to. Tracey and the kids and I will all miss Robert's presence at all our events and will remember him lovingly. Our condolences on your loss
Comment Share
Share via:

Posted Nov 16, 2020 at 11:57am
Bob was my advertising instructor at SAIT. I graduated in 1980 and am now back there teaching TV news. I always liked Bob. He was a classy guy and a really terrific instructor.
He will be missed.
My condolences to the family.
Lisa MacDonald
Comment Share
Share via: 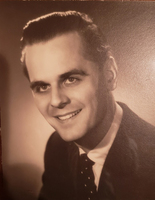 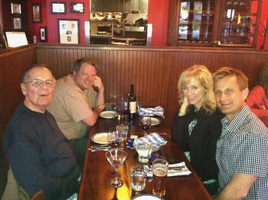 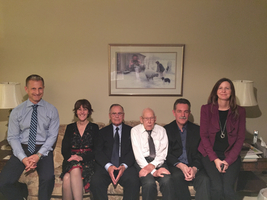 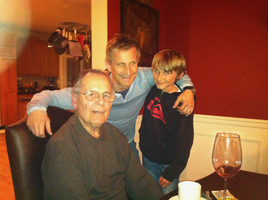