To share your memory on the wall of Raymond Pylypiw, sign in using one of the following options:

Provide comfort for the family of Raymond Pylypiw with a meaningful gesture of sympathy.

Surrounded by his loving family, Ray Pylypiw passed away on Sunday, April 12, 2020, just two weeks before his 86th birthday.

Surrounded by his loving family, Ray Pylypiw passed away on Sunday, April 12, 2020, just two weeks before his 86th birthday.

Ray was born in 1934 in Oshawa, Ontario to Fred and Anastasia (Nellie) Pylypiw. Ray had a varied career, starting out as the popcorn maker in a drive-in theatre to owning a gas station, working at General Motors and ultimately moving to Calgary in 1974 as Western Region Vice President for Mac’s Convenience Stores. In 1980, Ray moved to London, Ontario, as Vice President of Silverwood Dairies, making lifelong friends. After retiring in 1983 from the corporate life, Ray moved back to Calgary and opened his own business with his good friend, Ron, turning a passionate hobby of woodworking and cabinetry into his final career.

Ray married the love of his life, Debra Scott in 1984, and together they would share a love that was one for the ages. Their love did and will continue to set an example for how friendship is the greatest foundation for true love- they were the best of friends. Ray would do anything to spend a little extra time with Deb- driving her to and from work every day after he retired or jumping up to join her when she ran out to get gas.

They later raised two children, Gregory and Jennifer. Ray’s family was his true passion, and spending time with them was his greatest joy- whether it was coaching Greg’s hockey teams and Jennifer’s soccer teams as children, constructing school projects for hours in the shop, or laughing until he cried during family game nights. Jenn and Greg would often joke that he was “completely obsessed with them”- but this was of course, completely true. He believed his children could accomplish anything they wanted to in life and was their biggest cheerleader in whatever they decided to do.

Ray was always delighted when his daughter, Tracey (Bill) Lane of Roseneath, Ontario, was able to join her Calgary family for a visit. From wine nights in the back yard to Pinã Colada’s in Hawaii- time together was always treasured.

Dinners with family and friends happened often and were a major source of happiness for Ray. These gatherings were always energetic; filled with loud, lively conversation and over the top laughter. Ray could be found at the head of the table, sipping wine and observing quietly. However, one of his favourite things to do every once in a while, was to throw out a controversial comment, watch the conversation erupt in reaction, and resume his position- sitting back, sipping wine, and smirking at the buzz he had just created.

Christmas was Ray’s favorite time of year and he was known for his fabulous outdoor light display and large Christmas open house gathering. In Ray’s later years, after the weeks of planning and hours of work; once the final guest had left, and the final drink had been drunk; there would be talk of toning down the festivities the next year so he could take a well-deserved rest. Ray would agree, noting it might be nice to have a little more rest; but once the next snowfall came, he was back in the garage testing Christmas lights, and pestering Deb to create a menu for the open house. Nothing could stop Ray from a party.

Summer barbeques with family and friends were another great source of pleasure for Ray. His backyard was his favourite place to travel to, as he was able to change it exactly to what he felt was needed at the time. It saw swing sets and trampolines, pool parties for the kids, a gazebo for morning coffee, and was always filled with flowers- always bright colours, as he had no time for dullness in his life.

Ray is preceded in death by his father, Fred and his mother, Nellie. He is survived by his wife, Debra; their children, Gregory (Paige Froese) and Jennifer; daughter, Tracey (Bill); in-laws, Jan and John DeLisle; nephew, Adam DeLisle, and sister in law, Linda Scott, as well as many close family and friends.

The family wishes to extend heartfelt thanks for the support, care, and compassion from the Palliative Homecare Team- with particular gratitude for our nurse, Melissa and Dr. Surmawala.

Due to current global circumstances, a Celebration of Ray’s Life will be held at a later date once we are able to safely gather and raise a glass to Ray.

Receive notifications about information and event scheduling for Raymond

We encourage you to share your most beloved memories of Raymond here, so that the family and other loved ones can always see it. You can upload cherished photographs, or share your favorite stories, and can even comment on those shared by others.

Posted May 27, 2020 at 09:58am
Dear Deb, I just found out the sad news of Rays death.
We still talk about how Ray and you hosted such a great Open house during Christmas,
and how you both extended such lovely hospitality to all your guests.
I still reminisce of all times I sat in your office and we chatted about our families.
May all the memories you created together with Ray help you get through these difficult times.
Thinking of you and your family.
Irina Walker

Posted May 18, 2020 at 09:36pm
Dear Deb, Ray came to my mind awhile ago out of the blue. When I googled him, his obituary came up. I am so sorry for your loss. Cherish your memories of many happy years together!

Posted Apr 15, 2020 at 08:04pm
We are very grateful (Wayne, Cheryl and Ruby/Erin) for our visit to the Stampede last summer and we had some quality time with the whole family and to put a smile on Ray's face every time a meal hit the table. He was getting 3 square meals day while Deb was at work and he wasn't even worried about me destroying his BBQ this visit. Our deepest sympathies and may Ray rest in peace for eternity, we all know he had a good run on this thing called life. I know it wasn't so great this last year but the other 83 years he had that going for him. With Love Wayne Grondin
Comment Share
Share via:

Posted Apr 15, 2020 at 01:28pm
Debra and Family~Words cannot express how deeply sorry I am to hear of the loss of Ray. Please know you are in the thoughts and prayers of everyone at Mount Royal. 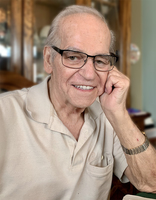 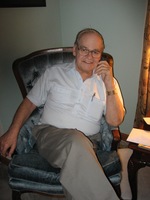 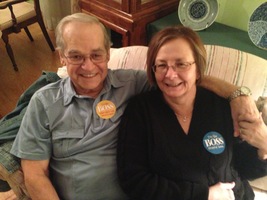 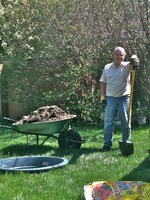