To share your memory on the wall of Randy Porter, sign in using one of the following options:

He was the husband of Wendy Porter (Watts). They shared 23 years of marriage and were together for 30 years. Randy will be greatly missed by the love of his life and children. Randy lived life to the fullest with his family by his side and had a passion and dream job that he created with his brother and partner Rob.

Born in Fort Smith, NWT, he was one of 5 children. Brother Robert Porter, brother Ron Porter (Donna), sister Pamela Porter her daughters Kytra Porter & Tyrsi Porter, sister Karen Porter her daughter Sara, husband Doug and son Otis and his in-laws and other family members. Randy was predeceased by his parents Bob & Rose Porter who passed away in 2001 & 2012.

Randy graduated from William Aberhart High School in 1978. From there, for the next 23 years he went to work for AGT which was later renamed TELUS. Randy also went back to SAIT several times and had three degrees in Electronics, IT Management and Accounting. Randy took a package in 2001, only to go on and start his business with his brother & partner Rob. SPRECOM is and was Randy’s DREAM and never had any true plans to retire from this dream. Randy was a huge supporter of Toastmasters where he absolutely loved to train and strengthen others and himself. His passion and commitment to both his family, work and others will never be forgotten by all the people he touched.

Receive notifications about information and event scheduling for Randy Porter

We encourage you to share your most beloved memories of Randy Porter here, so that the family and other loved ones can always see it. You can upload cherished photographs, or share your favorite stories, and can even comment on those shared by others.

Posted Sep 09, 2019 at 10:00am
Wendy, Cooper, Tyya and Cohen, I want to thank you for sharing Randy with me and the members of the Palliser Toastmaster Club over many years. It didn't matter if you were a veteran of Toastmasters or brand new coming in the door, Randy was always welcoming, caring, and encouraging. He left an impression on me the very first day I went as a guest to Toastmasters and is one of the main reasons I came back time and time again. A big part of Toastmasters is providing feedback on speeches and Randy's care always shone through providing invaluable feedback. I miss his presence but, as we discussed at our last meeting, he instilled in us the importance to lead and encourage one another, and as we follow in his foot steps his presence and spirit live on.

Posted Sep 08, 2019 at 02:48pm
I express my deepest condolences to Randy’s family and friends. I met Randy 4 years ago through Palliser Toastmasters and for those 4 years he became my informal mentor and an amazing example of a leader at that. In 2016, Randy became the President of Palliser Toastmasters and asked me to be VP Education, for that very productive year I learned an invaluable amount of knowledge from Randy. It was a kind of leadership which I will never forget. His leadership helped me improve my own leadership and communication skills dramatically and I became a President of Palliser Toastmasters in 2018 as a direct result of his leadership. He wanted to make our Club great and under his leadership we received President Distinguished Status for the first time in 15 years. He set the goal and he managed the team around him as an unbelievably talented leader. It was an amazing time and we celebrated our Club’s 40th year in a very enthusiastic atmosphere because of Randy. At this celebration, he gave a speech which I will never forget, he told us how he saved our Club ten years ago and his speech was about never stopping and giving up… just think and find the right people and go forward to accomplish your goals, even when you think it’s not realistic… we will never forget Randy and we will run our Palliser Toastmasters Club as the greatest Club as a tribute to Randy and all of his accomplishments.
Comment Share
Share via:
A(

Posted Sep 03, 2019 at 06:11pm
I was very saddened to learn the tragic news of Randy's passing. I met Randy for the first time over 3 years ago at Palliser Toastmasters. Randy was kind, generous with his time and a mentor to many, including myself. My thoughts are with the family during these difficult times. May the memories of Randy help you find peace.
Comment Share
Share via:
HS

Posted Sep 03, 2019 at 02:26pm
Thank you for your contribution to Toastmasters over the years. Not only were you an excellent speaker, you were a mentor to us all. You are missed.

Flowers were purchased for the family of Randy Porter. Send Flowers 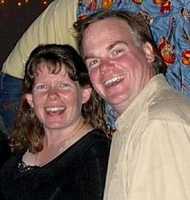 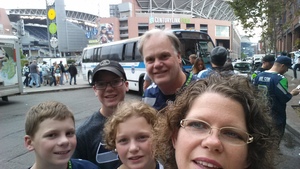 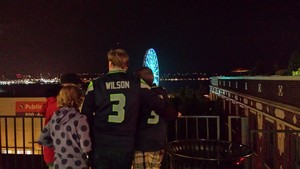