To share your memory on the wall of Nunzio Mercia, sign in using one of the following options:

It is with sadness and heavy hearts that we say goodbye to our beloved father, nonno and bis-nonno, who fell a... Read More
MERCIA NUNZIO
August 11, 1938---Francavilla, Sicily
January 10, 2020---Calgary, Alberta

It is with sadness and heavy hearts that we say goodbye to our beloved father, nonno and bis-nonno, who fell asleep in death on January 10, 2020. Nunzio passed away with his wife Margaret at his side surrounded with the love of his family.

Further, Nunzio is survived by his nephew Sandy (Lori) and family and by his lifelong friend Filippo Di Franco and his family.
“My body and my heart may fail. But God is the rock of my heart and my portion forever” – Psalms 73:26

In 1971 Nunzio dedicated his life to Jehovah God and served Him faithfully until his death. He was a zealous advocate of God’s Kingdom and served both the Italian and English congregations as an elder for many decades. He firmly believed that only God’s Kingdom is able to bring wonderful blessings: Revelation 21:1-4...

No more sickness, death or sorrow, instead the Earth will be made into a paradise where obedient mankind can live forever in peace. He shared this Bible based hope with everybody.

We encourage you to share your most beloved memories of Nunzio here, so that the family and other loved ones can always see it. You can upload cherished photographs, or share your favorite stories, and can even comment on those shared by others.

Kevin Sullivan and Jeannette Toevs(Sullivan) have sent flowers to the family of Nunzio Mercia.
Show you care by sending flowers

Posted Jan 19, 2020 at 08:55pm
Dear Margaret and family,
My sincerest condolences to all of you on your loss. I have very fond memories of Nunzio and will always remember him and my dad sharing stories. He was so kind and generous and was always smiling and laughing in my memories. My thoughts and prayers are with you all. Elisa Di Franco
Comment Share
Share via:

So sorry to read of Nunzios passing. I have nothing but good memories of him and the family and the time we shared at the Okay.They were good years.. Love to you all, Merry Byers

Posted Jan 17, 2020 at 11:58pm
Dear Margaret and Family! It is with great sadness to hear of Nunzios passing! He and I spent many times having serious and fun conversations at the A-Okay Cafe. Loved talking of his dear Margaret and his children. Marcel was so kind as to give me their Doberman (Domino) and she was my best friend and protector. Amazing dog and will always be grateful to Marcel for his act of kindness!! Rest In Peace my dear friend!!
Comment Share
Share via:
MD

Posted Jan 17, 2020 at 08:49pm
When we first met We all worked on the Business association together. It was a great time in Kakabeka when He and Margaret owned the AOkay. We all got along and worked well together. Hugs and Condolnces to Margaret and their familia. Hugs and blessings Richard and Marlis Dudzinski Kalabeka Hotel
Comment Share
Share via:
KS 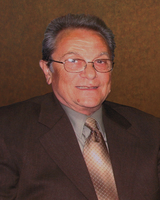 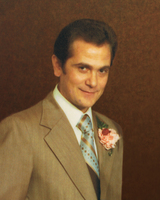 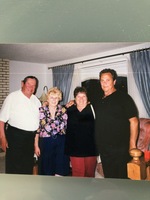