To share your memory on the wall of Nicholas Smith, sign in using one of the following options:

Nicholas E. Smith, age 32, passed away unexpectedly on Thursday, May 21, 2020 at his residence in Calgary, Alberta. Nick lived most of his life in Dorion, Ontario and moved to Pinawa, MB to be close to his family in 201... Read More
Smith, Nicholas E

Nicholas E. Smith, age 32, passed away unexpectedly on Thursday, May 21, 2020 at his residence in Calgary, Alberta. Nick lived most of his life in Dorion, Ontario and moved to Pinawa, MB to be close to his family in 2014. He recently moved to Calgary, AB to start the next chapter of his journey and was extremely happy with his move.

Nick was immensely proud of his siblings and loved to live. Spending time with his nieces and nephew meant the world to him. He is survived by his parents, Michael and Gisele, his brother Jacob and his sister Lacey and her partner Adam and their children, Fiona, Caiomhe, Mirren and Edana, his Grandmother Mae Marchand as well as numerous aunts, uncles, cousins. Nick was predeceased by his Grandfather, Alexander H. Smith, his Grandmother, Sheila Smith, his Grandfather Leo Marchand, Uncle Edmond Marchand, Uncle Alexander G. Smith, Aunt Doris Smith and Cousin Justin Marchand.

The family would like to extend a special thank you to his friend, Aaron Ahloy who was a lifelong friend, no matter the situation. Due to the Covid-19, a Celebration of Life will be held at a later date which will be announced once confirmed. To view and share photos, condolences and stories of Nick please visit www.choicememorial.com .
Read Less

Receive notifications about information and event scheduling for Nicholas

We encourage you to share your most beloved memories of Nicholas here, so that the family and other loved ones can always see it. You can upload cherished photographs, or share your favorite stories, and can even comment on those shared by others.

Posted Jun 28, 2020 at 12:39pm
So sorry to hear of the loss of Nic Gisele and Mike Our hearts go out to you. Far too young and so much to look forward too...Condolences to you and your family in this very difficult time

Posted Jun 03, 2020 at 04:11pm
Nick, a sweet , quick smile and a twinkle in his eyes. These have always been the welcome, I have looked forward too. His respect for for us was unconditional. Too soon Nick. So very sad for your loss Gisele, Mike, Jake, Lacey, Adam and family.
Comment Share
Share via:
JS

I am so sorry to hear of your loss. My condolences to you and your family.
My thoughts are with you during this difficult time.

Posted May 27, 2020 at 06:19pm
Dear Gisele, Mike, Jake and Lacey, we are so saddened by your terrible loss. Remember all the fond memories he has left behind. I'm sure Nick and Dalsin are now looking out for each other and over us. Love always, Lorraine and Wayne
Sorry we by mistake made this post as a comment under some one else's post!!! 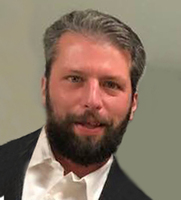