To share your memory on the wall of Nathaniel Lawrence, sign in using one of the following options:

Nathan grew up in Calgary, and spent many summers and holidays on Vancouver Island with his cousins. He had many adventures at the cabin, fishing or on the boat with his... Read More
Nathaniel Michael Lawrence
July 10, 1979 - September 24,2020

Nathan grew up in Calgary, and spent many summers and holidays on Vancouver Island with his cousins. He had many adventures at the cabin, fishing or on the boat with his Grampa and exploring tide pools at the ocean.

Nathan attended St. Joseph's and graduated from St. Francis in Calgary. Throughout school he and his friends played soccer, basketball and football and later enjoyed snowboarding at Whistler.

Nathan loved his pets and especially enjoyed running with his dog Dolby and later Max. He loved music and got his first turn tables in Junior High and became known as DJ Layz and later as LayzDJ. Some of his music is on soundcloud.com.

Nathan's first jobs were cooking at Earls Tin Palace & Cajun Charlie's Eau Claire. He loved food and cooking and became known as the one pan man in the kitchen for all his creations, never losing a morsel while flipping the food into the air.
After graduating,

Nathan attended Trebas Institute in Vancouver where he studied sound recording. He loved to write music and even dabbled at writing several chapters of television series which his mother still goes back to read every once in a while. Later, Nathan became a lighting tech on film sets with IATSE Local 89, often sharing set photo's and stories of hanging off the side of a boat or building or high off the ground in a cherry picker to get the light just right.

Nathan is survived by his mother Teresa Miliucci and step father Luciano, he is sadly missed by his Grandma Dorothy, Aunt's Edith (Laszlo), Elizabeth (Bill), Uncle Sam (Gayle) and cousins Melissa, Jessica, Jasmine, William, Michael, Nina, Zoltan, Kirbee, Emily and Nolan. Nathan will be missed by all his childhood friends and all those friends he made along the way.
In lieu of flowers, donations may be made to Kidsport (www.kidsportcanada.ca) or Pause 4 Change (www.pause4change.com).

A celebration of life will be held at a later time due to covid restrictions. Please share your photo and or your memories for all to see and read by visiting www.choicememorial.com.
Read Less

Receive notifications about information and event scheduling for Nathaniel

We encourage you to share your most beloved memories of Nathaniel here, so that the family and other loved ones can always see it. You can upload cherished photographs, or share your favorite stories, and can even comment on those shared by others.

Plant a Tree in Memory of Nathaniel
Plant a tree 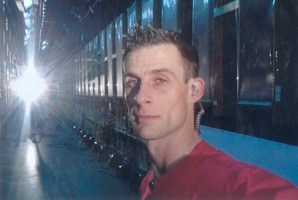 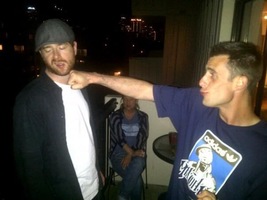 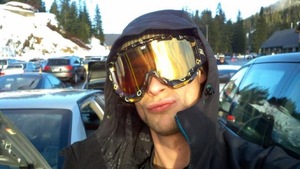