To share your memory on the wall of Michael Snelgrove, sign in using one of the following options:

Provide comfort for the family of Michael Snelgrove with a meaningful gesture of sympathy.

Michael Daniel Snelgrove has passed away on Wednesday, October 30, 2019 at 47 years of age.

Michael Daniel Snelgrove has passed away on Wednesday, October 30, 2019 at 47 years of age.

Michael was born in Verdun, Quebec on October 27, 1972. Spending half his life there surrounded by friends and family, he decided to spread his wings and experience Canada where he finally ended up in Alberta, calling the “oil patch” his home.

He worked hard and provided a good life for his three children whom he loved and cherished unconditionally.
Michael had many passions, but music was at the forefront; from singing to playing his guitar. He could fill a room with his magnetic personality.

Not a man afraid to roll up his sleeves and pitch in wherever required, he was working on becoming a journeyman pipe fitter and was proud to have become a fourth-year fitter earlier this year.

He is lovingly remembered by his sister, Laurie-Ann; daughters, Caitlyn & Amara, grandson, Hunter; son, Jacob and partner, Carol as well as many other extended family members.

A Service will be held in Montreal at a later date.
Read Less

We encourage you to share your most beloved memories of Michael here, so that the family and other loved ones can always see it. You can upload cherished photographs, or share your favorite stories, and can even comment on those shared by others.

Guaranteed hand delivery by a local florist
A

Posted Nov 07, 2019 at 08:59pm
Last time i saw you my buddy you knew I was a little off my game and said we should have another beer if I'd have known I'd never get another chance I would have jumped at the chance but I guess its something I will think about for a while going to miss our chats and laughs at work fly with the angels SAM (its a joke between Mike and myself ) you will be missed my friend
Comment Share
Share via:

Posted Nov 04, 2019 at 12:37pm
Just yesterday morning they let me know you were gone
Susanne the plans they made put an end to you
I walked out this morning and I wrote down this song
I just can't remember who to send it to

Won't you look down upon me, jesus
You've got to help me make a stand
You've just got to see me through another day
My body's aching and my time is at hand
And I won't make it any other way

Oh, I've seen fire and I've seen rain
I've seen sunny days that I thought would never end
I've seen lonely times when I could not find a friend
But I always thought that I'd see you again

Been walking my mind to an easy time my back turned towards the sun
Lord knows when the cold wind blows it'll turn your head around
Well, there's hours of time on the telephone line to talk about things
To come 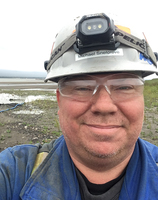