To share your memory on the wall of Michael Paddock, sign in using one of the following options:

It is with great sadness we announce the passing of our beloved Michael Paddock on Wednesday, October 29, 2020 at the age of 41.

It is with great sadness we announce the passing of our beloved Michael Paddock on Wednesday, October 29, 2020 at the age of 41.

Michael was born in Brandon, MB and moved to Calgary in 2007. From a young age, Michael fell in love with art, reading, comic books and was always a man of many interests. His greatest passions in life were for wine and travel which led him to his career in hospitality which he loved.

Michael graduated from Hotel and Restaurant Management at Red River College in Winnipeg and has dedicated his career to the hospitality industry. Michael then completed his diploma from the International Sommelier Guild and followed that with his sommelier certification from the Court of Master Sommeliers. In 2015 Michael was the recipient of the Canadian scholarship for the advanced program of the Court of Master Sommeliers.

Michael worked every position in the restaurant industry eventually working his way up to General Manager and finally Director of Operations. He worked at some of the top restaurants in two provinces while putting himself through school.

He helped open the Yellow Door Bistro for Hotel Arts where he was general manager. Under his stewardship, they were awarded the ‘Restaurant of the Year’ award by the Calgary White Hat association. Concurrently he spent two years working with the Calgary Stampede as a Cellar Master working with a broad spectrum of winemakers and sommeliers. In 2017 he accepted the role of director of restaurant operations for Murrieta’s restaurants, work he considered as some of his most rewarding. Michael excelled in all his career aspirations and will be dearly missed by his colleagues many of which he was proudly a mentor for.

Michael will be remembered for his amazing sense of humour, his contagious laugh, for always being the best dressed in the room, and for the deep impacts he made on so many friends and colleagues.

Thank you to our friends and family for their outpouring love and support during this time.

Due to Covid Restrictions, a private Celebration of Michael’s Life will be held.

In lieu of flowers, donations may be made in Micheal’s memory to Canadian Cancer Society. To view and share photos, condolences and memories of Michael, please visit www.choicememorial.com.
Read Less

Receive notifications about information and event scheduling for Michael

We encourage you to share your most beloved memories of Michael here, so that the family and other loved ones can always see it. You can upload cherished photographs, or share your favorite stories, and can even comment on those shared by others.

Posted Nov 02, 2020 at 08:14pm
Seema and family, May you find comfort in your memories. May G-d comfort you among the mourners of Zion and Jerusalem. Michelle Bobowsky (A friend and workmate of Seema)
Comment Share
Share via:
BF

Posted Nov 02, 2020 at 04:31pm
I only knew Michael for a short time. We met at the Foothills and struck it off fairly quickly. It quickly became apparent his natural charisma and his enthusiasm for life. He remained positive which is such a rare ability in the face of adversity and it is something I admired.

For the time I was in the hospital, Michael was my favorite room mate as he made an effort to treat the staff with respect and not treat them unfairly. It was one of the reasons we bonded.

He added to the lives of all those he touched. Michael was incredibly proud of his family and his bonds with them. You should know he spoke highly of all of you. It was touching to hear. Michael loved you all deeply. He appreciated his friends too.

It was amusing the night he arrived in my room. It was just before midnight and multiple deliveries of fast food showed up as his friends (whoever you are) wanted to make sure he was taken care and that he wouldn't go hungry. It was quite the scene and a talking point. The humor of it was evident but he also felt the love and the desire to take care of him and it showed in his tone when we spoke.

He was an amazing person, who made an impact in a very short time. I believe we inspired each other and that helped for the short time we had. I will never forget him.

Thank you so much Bruce, it was an honor to meet you
S

Thank you Bruce for your kind words. Michael spoke so highly of you and Im so glad you had a friendship and bond even if only for a short time. It was so good to meet you.
NC

Posted Nov 02, 2020 at 11:26am
Michael and his family lived across the street from us in Charleswood. We were able to watch this school age boy grow into the wonderful young man and successful restauranteur he became. Jack was able to visit Michael at the Yellow Door and see Michael in action. We are so terribly sorry for the loss of this shining star. May his memory burn bright in your hearts.
Comment Share
Share via:
SI

Posted Nov 01, 2020 at 08:58pm
I went to Shaftesbury high school where I met Mike. He was such a kind, intelligent soul. I caught up with him when he moved out west to Calgary which is where I lived. I am so dreadfully sorry for your loss. He will be remembered forever.
Comment Share
Share via:
RP

Posted Oct 31, 2020 at 06:50pm
My brother, blessed with the most wit and charm of anyone I have ever met. Style like James Bond, bump the lamp level work ethic. My hero. 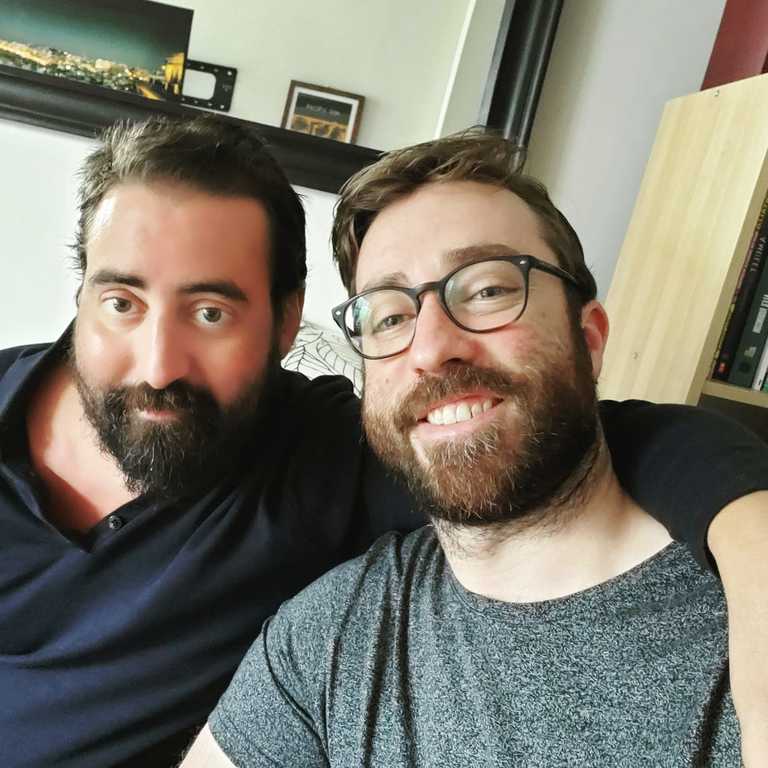 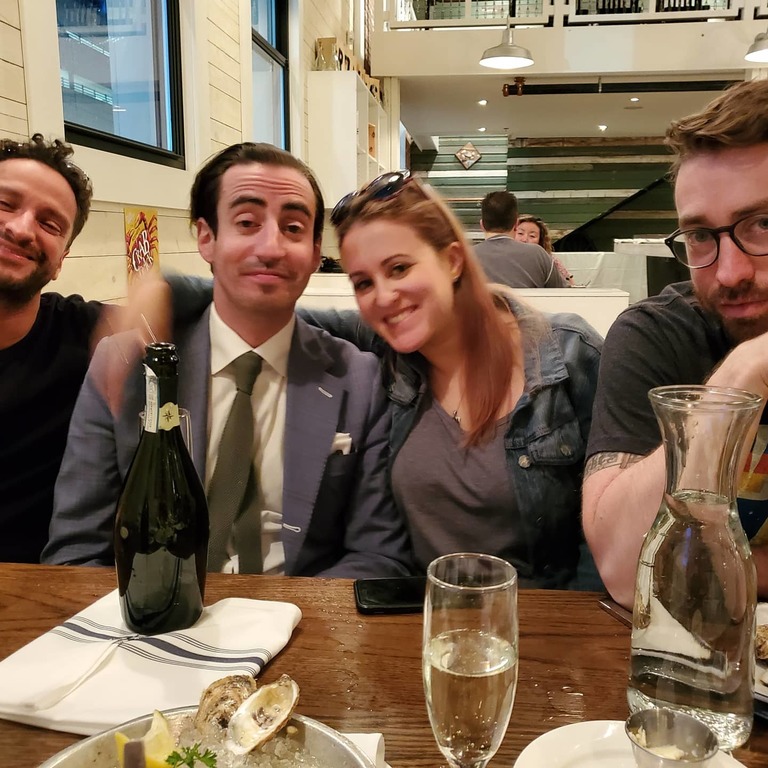 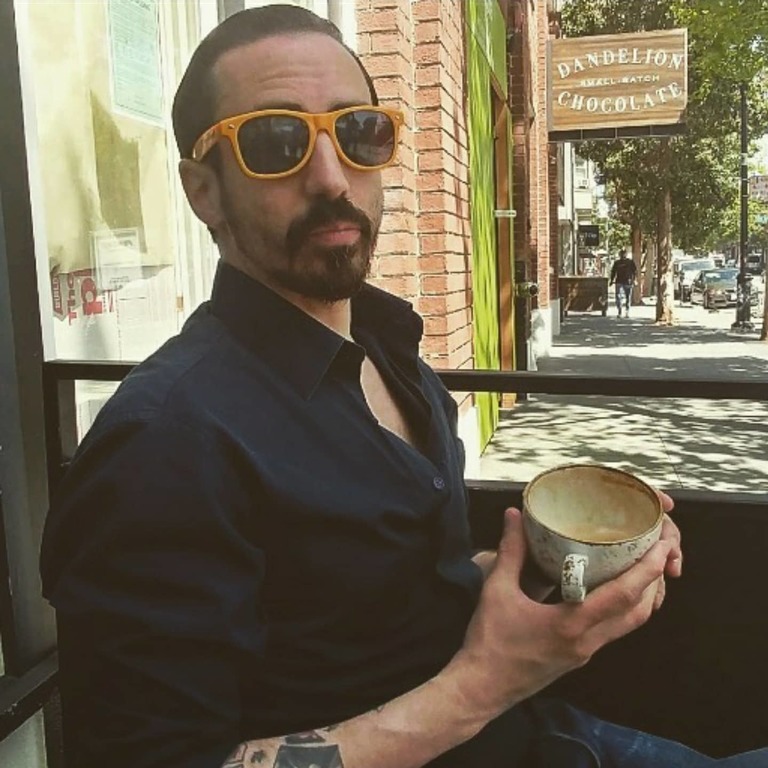 We were all so blessed to get to take care of Michael and to meet you, Sarah and all his friends and family. He was and still is so loved. It’s so amazing to get to see all these pics of him! All my love ❤️ 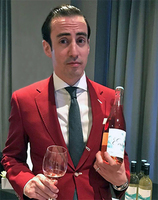 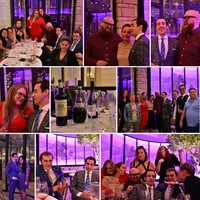 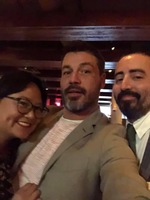 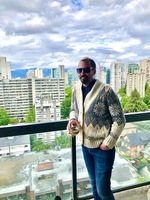