To share your memory on the wall of Melvin "Mel" Herrington, sign in using one of the following options:

Provide comfort for the family of Melvin "Mel" Herrington with a meaningful gesture of sympathy.

Born and raised in Saskatoon, Saskatchewan, he was predeceased by parents James and Gladys Herrington (Mahood), and siblings Betty, Clyde and Robert. He was a long time resident of Calgary and Montreal.

In his early years, Mel delivered papers in Saskatoon and became an avid golfer and fan of music. He attended City Park Collegiate High School in Saskatoon where he met his good friends Tom Wickenden, Don Hale, and Jack Tait. An accomplished athlete, Mel excelled on both his high school football and basketball teams. He was also well known in high school for his participation in band as a trumpet player. His fondest memories of childhood were spending summers at Lake Waskesiu and golfing all day long.

Just five days after graduating from high school, Mel went to work for the Robin Hood Flour Company. The next 29 years saw multiple moves to Calgary (3 times) and Montreal (4 times), as well as moves to Minneapolis, Moose Jaw and Port Colborne. During his time with Robin Hood he became Canadian Production Manager with responsibility for all of Robin Hood’s manufacturing facilities in Canada. An accomplished golfer, Mel competed regularly in company golf tournaments and won the Canadian National Millers Association golf tournament in back to back years in 1970 and 1971.

During a trip to see relatives in Calgary he was introduced to Gertrude (Trudy) Moore at church and began a courtship that would see them married on November 29, 1957. Mel and Trudy started their new family in 1959 with the arrival of their first son. After having three more sons, the arrival of their only daughter, Ruth, in 1971, brought joy to the entire family. When the parent company of Robin Hood, International Multifoods, acquired a small specialty meat company, Mel moved over there in 1972 and became General Manager in July 1977. Recognizing the opportunity to bring a Montreal delicacy, Smoked Meat Sandwiches, to Calgary, Mel said goodbye to almost 30 years of corporate life and set out to follow his dream. With Trudy, he opened his first restaurant, Mel’s, in Calgary in 1979. His passion to bring delicious food to Calgary led to the successful opening of a second location in downtown Calgary. Sharing his entrepreneurial drive with his family over the next 17 years led to Mel’s Famous Sandwiches & Cheesecakes becoming a successful, family run business.

Always ready to help and volunteer in the community, Mel served in many roles within his church and community including serving as Commissioner of his son’s hockey league, helping with the bookkeeping for the cafeteria at his daughter’s school, or helping build a massive half-pipe for skateboarding on their driveway in Pointe Claire, Quebec.

Mel was a lifelong member of The First Church of Christ, Scientist in Boston, MA. His willingness to support his children unconditionally was evident throughout Mel’s life. In addition, his spirit of adventure was exemplified by his readiness to move his life and family across the country several times. His enthusiasm for sports and music made him a very popular dad amongst his children’s friends. His great interest in people made Mel a friend to all who met him. During his retirement years he enjoyed vacationing with Trudy, listening to Big Bands at the Ironwood Stage and Grill in Inglewood, and golfing with his family and friends. A highlight each year was returning to Lake Waskesiu to play golf with his high school buddies who he played with for over 60 years!

Mel will be missed by his family, his friends and everyone who came to know the man in the yellow jacket with “Movers ‘n Shakers” printed on the back.

A celebration of Mel’s life will be held at at the Ironwood Stage and Grill in Inglewood (1229-9 Ave SE) on Saturday, August 10, 2019 at 12:00 pm. Snacks and refreshments will be served after the celebration.

Receive notifications about information and event scheduling for Melvin "Mel"

We encourage you to share your most beloved memories of Melvin "Mel" here, so that the family and other loved ones can always see it. You can upload cherished photographs, or share your favorite stories, and can even comment on those shared by others.

Posted Aug 04, 2019 at 02:14am
Dear Trudy:
We send our deepest condolences to you and your family.
It has been our pleasure getting to know you the last several years.
Our thoughts and prayers are with you in this time of sorrow.
I believe Mel is in a better place where pain and suffering are no more.
With much Love Your #40 Station Firefighters, B Platoon.
Comment Share
Share via: 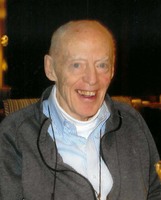 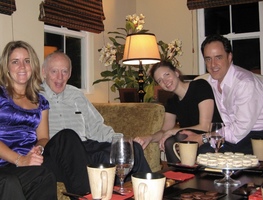 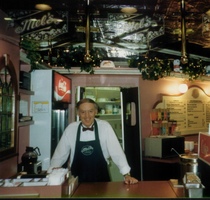 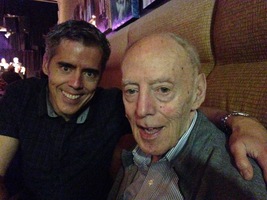