To share your memory on the wall of Maurice Henson, sign in using one of the following options:

Provide comfort for the family of Maurice Henson with a meaningful gesture of sympathy.

Ted’s story began when his father, Arthur, drove to Canada from Illinois on an Indian motorcycle with... Read More
Henson, Maurice Edward (Ted)

Ted’s story began when his father, Arthur, drove to Canada from Illinois on an Indian motorcycle with $300 in his pocket. In Anglia, SK he met and married a beautiful girl named Laura Shields. They made their home in Kerrobert, where they started their family with sons Boyd (Bud) and then Ted, who was born on June 7, 1929. Ted was predeceased by his parents and his brother, losing his father and his brother within two months when he was only nineteen years old.

The “Dirty Thirties” were hard in Saskatchewan, and yet it was during these formative years that Ted learned about hard work, responsibility, tenacity, competitiveness, compassion and fun. These skills would serve him all his life. In Kerrobert, he met Vera Agar, his first love, his life partner, and his inspiration. Together they took on the world, their dreams and goals taking them all across Canada. Ted was employed by General Motors and worked his way up from picking parts to senior management. His fondest memories were of calling on dealers in Manitoba and the Maritimes, making lifelong friends along the way.

Ted and Vera had two daughters, Janice and Heather. Ted was very proud of his family and later, when the grandchildren came along, he delighted in each one.

The pull of home is strong, and after 25 years with GM, Ted had the opportunity to buy his own automobile dealership in Saskatoon. Together with his staff, he worked hard to build a strong business. Ted was committed to his community and generously supported a number of organizations in a variety of ways.

In 1982, at the peak of his career, Ted lost the love of his life, his wife Vera succumbed to cancer just before their 30th wedding anniversary.

There were still many adventures in store for Ted. In his 50s, he fulfilled a dream and earned his private pilot’s license. He was able to retire at 57 and all his energy went into golf, travel and spending his time in Sun Lakes, AZ, Waskesiu, SK, and Calgary, which was now home.

Every fall, two worlds came together as Ted hosted Maritime friends in Abbey, SK for goose hunting. On the 25th anniversary of the “Mariwest Drilling Company” the Maritimers brought fresh lobster and a field party was held.

In retirement, golf became Ted’s life and it was on a trip to Myrtle Beach that he met Mary Balfour, once again there was a twinkle in his eye. They married and spent a dream retirement together, filled with love, golf, travel, friends and family. Sadly, Mary died in November 2018.

Ted enjoyed all the things that made life grand. He was a great storyteller. He could always remember the long, complicated jokes. You could tell by the pitch and timbre of his voice when he was about to tell one. He loved connecting with other people, and he never forgot anyone he met. His favourite question upon meeting someone was, “Where’s home for you?” He loved music and in his later years, he especially loved to sing old favourites with Mary’s family, Dave, Mike and Margot.

The family would like to thank everyone who supported Ted in his final years. We wish to thank the staff at Wentworth Manor, especially Phyllis and Michelle. Thank you to Kathy, Melanie, Danijela and Vish for their care and kindness, and to Chris for bringing her dog Bella to visit.

A Private Interment will take place in Kerrobert, Saskatchewan.

It was Ted’s wish that he be remembered with a glass in your hand and a song in your heart.
Read Less

We encourage you to share your most beloved memories of Maurice here, so that the family and other loved ones can always see it. You can upload cherished photographs, or share your favorite stories, and can even comment on those shared by others. 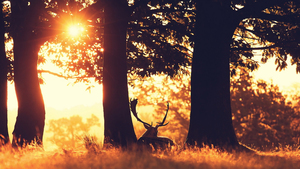