To share your memory on the wall of Mary Thorson, sign in using one of the following options:

Provide comfort for the family of Mary Thorson with a meaningful gesture of sympathy.

She is dearly missed by her family, and by friends near and far. All will remember Mary for her kind-hearted warmth, unassuming joy, and remarkable generosity.

Despite the hardships of growing up during the Great Depression and WW II, Mary was blessed with good health and a happy childhood in Syracuse. She attended Charles Andrews Elementary and Middle School and graduated from William Nottingham High School in 1946. She was an outstanding student and was awarded a prestigious Regent’s Scholarship to attend the nursing program at Syracuse University, graduating in 1950.

Mary’s choice of a career in nursing was a reflection of her genuine care for the wellbeing of others. As a young nurse in the early 1950’s, Mary was deeply moved by the displacement and resettlement challenges in post-war Europe, and she believed God was calling her to use her nursing skills to help others. She moved to Germany in 1952, and with sponsorship from her church denomination, she worked in a number of refugee camps and hospitals in and around Ludwigsburg and Stuttgart for three years. Mary’s time in Germany provided many lasting memories and deeply shaped her outlook on life. During some of her summers there she also served as the camp nurse at Credo, an evangelical Christian retreat centre located in the heart of the Alps near Davos, Switzerland. Throughout her years in Europe, Mary made many deep and enduring friendships with refugee families and other fellow workers in the camps. Several of these colleagues and families later emigrated to the United States, becoming life-long friends. After three years in Germany, Mary went on to complete a Master’s Degree in nursing from Syracuse University, eventually joining the nursing faculty to teach students in a hospital setting.

While still in Syracuse in the late 1950’s, Mary was introduced to her future husband, Walter Thorson through her brother Dick and other mutual friends. Mary subsequently moved to Boston, where Walter was also working as an associate professor of Chemistry at The Massachusetts Institute of Technology (MIT). Mary and Walter courted for several years and were married in 1962. The new family settled in Belmont, Massachusetts. Their daughter Mary “Lydia" was born in 1964, followed by a son, Walter Jr “Wally” in 1966.
The family moved to Edmonton, Alberta in the summer of 1968, when Walter was offered a faculty position in the theoretical chemistry group that was being formed at the University of Alberta.

In Edmonton, Mary and Walter together were quite involved in their church communities, Bethel Gospel Chapel, and later Capilano Christian Assembly, which they attended faithfully until 1994. Mary’s faith ran deep and in many ways provided the bedrock for her identity and worldview. She passionately pursued personal relationship with God through hours of prayer and Bible reading. She would often hum or sing hymns and also enjoyed playing them on the piano. She loved to gently share her spiritual insights with others, and to pray for or spend time with anyone needing encouragement or support.

Over the years, Mary encouraged her husband and her children to welcome several foster children (Dwayne, Teresa) into the family, and she did her best to provide a caring, nurturing, and welcoming home environment to anyone in her care.

Mary enjoyed her home life and was a wonderful mother. She had a great interest in nutrition and natural remedies. She used many herbs and delighted in growing unusual things in her garden. Cooking, gardening and choral singing with Edmonton’s Richard Eaton Singers were particular passions. She also enjoyed the outdoors, and her family has many happy memories of summer camping trips and winter cross country ski trips in the Canadian Rockies.

Since Walter was a university professor, the family was able to take several year-long sabbatical leaves. The first one in 1972-73 took the family to Oxford, England, and the second in 1981-82 saw them in the Bay Area in California, where Walter studied at the Stanford Research Institute. These sabbaticals provided many learning and travel opportunities for the family, leaving lasting memories. In 1994, Mary and Walter returned to the United States after Walter retired from university life. After spending a year in New Jersey where Walter worked on a series of lectures at the Princeton Centre for Theological Inquiry, they moved to an acreage near Sandpoint, Idaho where the family had previously built a summer cabin.

Mary and Walter took enthusiastically to their new “country life” in the North Idaho, converting an
d enlarging the summer cabin into a year-round home and maintaining a 20+ acre wilderness property. They were active participants their local country church and made many long-lasting friendships while living there. Mary especially enjoyed visiting the beaches on Lake Pend Oreille, picking huckleberries in the mountains, and going on regular road trips throughout the Western US and Canada.

In 2004, seeing that both of their married children’s families were established in Calgary, and finding the upkeep of their remote Idaho property was becoming too strenuous, Walter and Mary returned to Canada, settling in a comfortable walk out bungalow in Tuscany in NW Calgary. Here Mary was able to enjoy a comfortable life near to her children and grandchildren for the next 10 years. In 2014, Mary and Walter decided to downsize further and moved into supported living at the Lodge at Valley Ridge.

After experiencing a number of health setbacks and a serious fall, Mary moved into the Newport Harbour Care Centre in 2017 and lived there until her passing. She was an active participant in the Newport Harbour community and enjoyed many activities. She loved her art classes and made many beautiful ceramic projects. Despite gradually declining health, Mary particularly enjoyed regular Sunday dinners and outings with her family, including her children, grandchildren, and even great- grandchildren.

Mary’s family would like to especially thank the entire staff of Newport Harbour for their dedication to providing a safe, comfortable and caring environment for Mary during her final two years. Your support and kindness towards Mary and our family is deeply appreciated!

After suffering complications of a stroke, Mary went to be with her Lord on the evening of Friday, March 27, 2020.

Mary was a wonderfully caring, joyful, and optimistic person. In celebration of a life well-lived, her family asks those reading this to simply take time to reflect on the people in your life who mean the most to you, and reach out to them to show your love and encouragement.

Receive notifications about information and event scheduling for Mary

We encourage you to share your most beloved memories of Mary here, so that the family and other loved ones can always see it. You can upload cherished photographs, or share your favorite stories, and can even comment on those shared by others.

Plant a Tree in Memory of Mary
Plant a tree 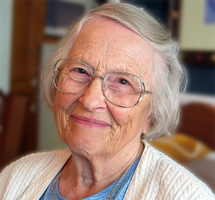