To share your memory on the wall of Margaret Vanneste, sign in using one of the following options:

Provide comfort for the family of Margaret Vanneste with a meaningful gesture of sympathy.

Margaret Myrna Vanneste (Scott) was born in 1943 to William Scott and Muriel Ida Rusk in Oxbow, Saskatchewan. Margaret has a younger brother, Bill and an older sister, Helen. She lived on the family farm until he... Read More
Vanneste, Margaret Myrna

Margaret Myrna Vanneste (Scott) was born in 1943 to William Scott and Muriel Ida Rusk in Oxbow, Saskatchewan. Margaret has a younger brother, Bill and an older sister, Helen. She lived on the family farm until her mother Muriel died leaving three small children behind. As a result, Margaret spent most of her early years in the Foster Care system with various families. She was very close to Mrs. Esther Buckingham as well as Mr. And Mrs. Harold Ward of Weyburn Sk. She graduated and found employment in the Weyburn Hospital as well as baby sitting jobs!

She married John Vanneste in 1962 and they lived in Yorkton for a few years and then moved to Langenburg to farm on the Vanneste Family Farm. John and Margaret were blessed to have 4 children: Cheryl, Cindy, Laurie and Robert.

Margaret loved to bake and cook in abundance and took great pride in keeping an immaculate clean home. Margaret kept a large garden which lent to a full pantry and a stocked cellar. Nothing made her happier than to have everyone come home and enjoy the fruits of her labor. One of her proudest moments was when she became an LPN and was hired by the Langenburg Care Home where she was employed for almost 25 years. She enjoyed going to work and being with her co-workers and residents of the care home.

Margaret had a love for music! She also loved going to shows and plays at the theatre with her girlfriends. They were often referred to as “The Golden Girls”. Margaret’s husband John passed in 2009 and a few months later she moved to Calgary Ab. to be closer to her girls. Margaret enjoyed her time in Calgary travelling with family, attending live shows, going to the movies and dinner outings and mostly sharing in her family’s lives. Due to her declining health the last couple of years Margaret lived in an Assisted Living Nursing home where she enjoyed the company of other seniors and attending the daily events especially anything involving music!

In lieu of flowers, donations may be made in Margaret’s memory to The Alzheimer Society

We would like to Thank Monterey Seniors Village for their love, kindness and care.

Service Arrangements will be made at a later date. To view and share photos, condolences and memories of Margaret, please visit www.choicememorial.com.
Read Less

Receive notifications about information and event scheduling for Margaret

We encourage you to share your most beloved memories of Margaret here, so that the family and other loved ones can always see it. You can upload cherished photographs, or share your favorite stories, and can even comment on those shared by others.

Plant a Tree in Memory of Margaret
Plant a tree 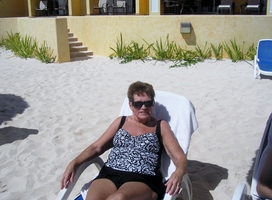 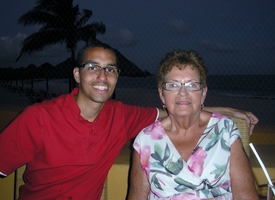