To share your memory on the wall of Margaret Jardine, sign in using one of the following options:

Provide comfort for the family of Margaret Jardine with a meaningful gesture of sympathy.

Margaret McCullough Jardine (Marg) was born on January 18, 1933 in Lacombe, Alberta to William and Pretoria Jardine of the Experimental (Research Station) Farm. At 13 years old, she moved with her family to a farm east of Lacombe and attended school in town. As a young adult, she started her career at a telephone office and then later tried a variety of jobs until settling in Calgary; where she had a lengthy career in bookkeeping for many small and large businesses.

Marg met the love of her life, Leo Hancock, while in Calgary. She lived, for over 50 years, in her beloved community of Inglewood, near the Calgary Zoo, until her passing. She and Leo enjoyed their weekend lake lifestyle, with their many friends, on the Shuswap and Kimbasket lakes. She also cherished her friends in Calgary who exercised and offered support to each other.

Marg will be remembered for her willingness to help friends and family, to ‘tell it like it was’ and for her ability to share a great story. Marg was a strong woman who overcame life’s challenges, she was fiercely independent, extremely loving and she had a quick wit up until her passing on March 26, 2020.

Marg was predeceased by her lifelong partner Leo Hancock, her parents, Bill and Pretoria (Sis) Jardine, her sisters Pat Sharp, Enid Otto, and Willa Mitchell, and her grand-nephew Gordon Mitchell.

A private ‘Celebration of Life’ will be held with family at a later date and per her wishes there will be no formal service.

Receive notifications about information and event scheduling for Margaret

We encourage you to share your most beloved memories of Margaret here, so that the family and other loved ones can always see it. You can upload cherished photographs, or share your favorite stories, and can even comment on those shared by others.

Posted Mar 29, 2020 at 04:13pm
Margaret and I shared our love of Schnauzers There was nothing like learning the bonuses of Zeus. In fact, I ended up with a schauzer...Jack.

Posted Mar 29, 2020 at 02:39pm
So sorry to hear of Marg's passing. She was a rare bird that will be missed by those who knew and loved her. Our thoughts and prayers for her family.
John & Cindy Hancock
Comment Share
Share via:
UP 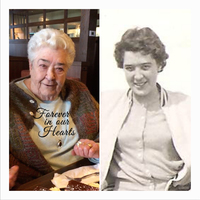 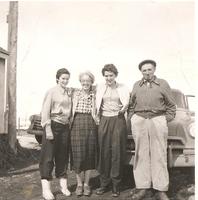 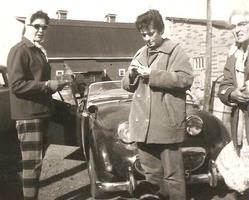 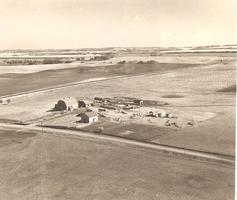