To share your memory on the wall of Leonard Roy, sign in using one of the following options:

Provide comfort for the family of Leonard Roy with a meaningful gesture of sympathy.

It is with great sadness that the family announce the sudden passing of Leonard Allen Roy on Monday, October 28, 2019 at the age of 59 in Calgary, Alberta.

It is with great sadness that the family announce the sudden passing of Leonard Allen Roy on Monday, October 28, 2019 at the age of 59 in Calgary, Alberta.

Leonard was born in St. Catharines, Ontario on January 26 ,1960. Leonard moved to Calgary, Alberta with his family in 1976 where he fell in love with the great outdoors. Leonard will be remembered by his brothers Willard, Gordon, Earl (Ann Marie), as well as his sisters Peggy (Irwin), Tina (Ont.), and his twin sister Neta (Dale). He also had numerous nieces and nephews. Leonard was predeceased by his Mother (Helen), Father (William), and brother Henry.

We encourage you to share your most beloved memories of Leonard here, so that the family and other loved ones can always see it. You can upload cherished photographs, or share your favorite stories, and can even comment on those shared by others.

Posted Nov 12, 2019 at 12:04pm
We are saddened by Len's sudden passing. He was a good man though I only knew him for about 6 years. He was always himself, hated the wrong things as most of us do and Loved the good things greatly. We will miss you Len. Our condolences to your family. God Bless
Sean Kelly and Mariam Hall
Comment Share
Share via: 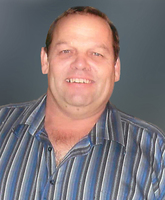