To share your memory on the wall of Leah Balsden, sign in using one of the following options:

Leah was the daughter of the late Raymond and Elizabeth Turner. She was born November 10, 1958 in Guelph, Ontario. She spent the first twenty years of her life in the Georgetown and North Bay areas, and came to Calgary in 1978 where she worked in landscaping and a variety of other jobs throughout Calgary and Southern BC. In 1984, while working at the Scotia Bank Saddledome, she met her future husband Doug. They were married in 1985 and relocated to Sherwood Park AB shortly after, where their daughter Kayla was born in 1987. While in Sherwood Park Leah worked for the County of Strathcona in the Parks and Recreation Department. After eight years in Sherwood Park, Leah and her family moved to Cochrane AB, where she spent the next eighteen years raising her daughter and working for the Rocky View School Division and the Cochrane United Church. In 2011, Leah and Doug finished working and moved to Stavely AB where they enjoyed retirement for the next seven years. In 2018, they moved back to Calgary where they resided until her passing.

From spring through fall Leah was an outdoor girl. She loved gardening and caring for all types of plants, trees, and flowers. She enjoyed camping, especially in Southwest Alberta in the Oldman dam area and in Saskatchewan at Waskesiu National Park. Leah loved barbeques with family and friends and going to (or in her younger days playing) baseball games. She also played the occasional round of golf. In winter, she joined the hibernation crowd and moved indoors to pass the time with activities like crocheting, puzzling, crafts, and card games like Euchre.

Leah was a gentle soul. She was compassionate and empathetic; she truly felt what others could only imagine. She often shared their burdens but never complained about what she took to be her obligation to them. She was loyal and protective. She had an eye for detail and saw not only the beauty in her flowers, but the beauty that she chose to perceive in others. She always put her family and friends first and had an incredibly strong devotion to the people she loved. Her family and friends knew her for her quick wit, infectious smile, and straight forward approach to life. Leah presented herself as a simple, ‘what you see is what you get’ women. She was blunt and to the point. Yet deep inside she carried a complexity which was not easily understood or acknowledged by others. She was a private person and chose to keep her own struggles to herself. She was so wise, strong, observant, and insightful and her family and friends drew on those strengths constantly. But she was also a fun-loving person, and enjoyed socializing anytime day or night. She had a mischievous side, enjoying a good prank with others, but never at their expense. She didn’t seek to be the centre of attention, but at a party one always knew she was there, laughing, dancing, and never missing a beat. Finally, Leah was a contemplative and spiritual woman. She believed in things like Zodiacs, and signs of the Universe. Mostly, she believed in us - all of us. From the beginning of her life until the very end, she embodied positivity and a tenacious will to live life to its fullest.

She will be profoundly missed by everyone whose life she touched.

Leah conveyed recently that the greatest honour in her life was being a mother and a Grandmother. She chose to spend her final Christmas (a holiday she loved) peacefully with her husband, daughter, son in law, and new grandson Sydney; “He’s my world”, she would say. Early in 2019, after Sydney was born 10 weeks early and was reliant on care in the Neonatal Intensive Care Units (NICU’s) at the Foothills Medical Centre and Rockview General Hospital, Leah said that if she ever won the lottery she would give it to the NICU to help those babies who couldn’t help themselves. She won’t win that lottery now, but if others wish to donate in Leah’s memory, then the Neonatal Intensive Care (NICU) (403) 943-0615 might be a consideration. Otherwise a donation to the charity of your choice would be appreciated.

We encourage you to share your most beloved memories of Leah here, so that the family and other loved ones can always see it. You can upload cherished photographs, or share your favorite stories, and can even comment on those shared by others.

Posted Jan 16, 2020 at 11:26am
Dear Doug,Kayla, Joel,&Sidney,,it is hard to convey our thoughts of Sympathy when someone so close is gone.The mystery of life is that anyone so dear as Leah,wife & mother never leave us.they are always with us.
god bless you all.
love Steve& Marie.
Comment Share
Share via:
BK

Posted Jan 15, 2020 at 10:57pm
Sending Doug, Kayla, Joel and Sydney our deepest sympathies as they work through this overwhelming loss of life partner, mother and grandmother.

Posted Jan 15, 2020 at 10:45am
We will all miss Leah very much, she always had a smile and a giggle, she was my niece but also a very dear friend to me, she would phone to see how everything was, always loved hearing from her, we would chat for an hour os so each time we talked, I’m going to miss our chats so very much. So happy she got to meet her grandson, she was thrilled as we all were with the birth. I know she’ll be in a special place in heaven with her mom who we also all loved. Aunt louise, Uncle Tom And family.
Comment Share
Share via:
LD

Posted Jan 13, 2020 at 08:54pm
Doug, Kayla and Family,
We are so sorry to hear of Leah's passing. Please accept our most sincere sympathy and condolence.
The Webb's
Comment Share
Share via:
DH

I am so sorry for your loss Doug, Kayla, Joel and Sydney. The world was certainly a better place for those who loved and knew Leah. She touched so many with her big heart. Roy and I often fondly remembered our trip out there and how well we treated by everyone. We had a lot of fun. She will always be remembered with love - Debbie Henderson (ON) 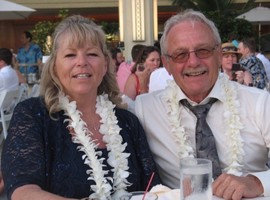 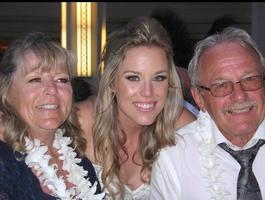 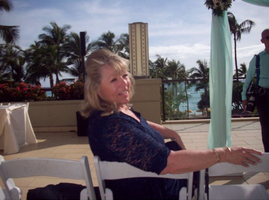 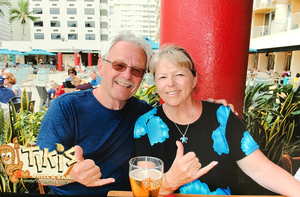