To share your memory on the wall of Lawrence McGill, sign in using one of the following options:

Sadly and suddenly, Brent passed away on Tuesday, July 28, 2020 in Calgary with loved ones by his side.

Sadly and suddenly, Brent passed away on Tuesday, July 28, 2020 in Calgary with loved ones by his side.

Brent, affectionately known as Buzz to most of his family & friends, was born on May 6, 1959 in Baldur, Manitoba. His early years were spent in the Belmont area before the family moved to the Interlake in 1962 living in Argyle before settling in the Teulon area in 1964.

His childhood was spent on the farm where they milked cows and put up hay but there was always plenty of time for play with his brothers, sister and the Hodgkinson kids who were like brothers & sisters to him. They had a lot of fun and may have got into a little trouble too.

He headed west at an early age and began working in the oil fields in Alberta. He worked his way up to driller and then went to school and became a petroleum engineer. His job then took him to many places around the world.

He resided in Calgary where he became a student of Taekwondo studying under longtime friend, Master Mackenzie, attaining 4th Dan Black Belt. He also assisted in training younger students which he enjoyed very much.

Brent loved to drive and took many tours with his partner, Aldith. Although, he didn’t have any children of his own, he held a special place in his heart for Sonya, Andrew, Shyla, Adam and Shante as well as all his nieces and nephews.

He will be remembered by his mother, Ardeth (Jack); his brothers, Brad (Marlene) and Cam (Jodi); his sister, Bev (Jeff); his nephews, Sean (Shannon), Drew (Tiffany), Derek, Dennis, Keefe and Tynan; nieces, Brittany and Liadan (Justin) as well as all of his great nieces and nephews and many friends. Brent was predeceased by his father, Elmer.

Rest in peace Buzz – you will be missed.

Receive notifications about information and event scheduling for Lawrence

We encourage you to share your most beloved memories of Lawrence here, so that the family and other loved ones can always see it. You can upload cherished photographs, or share your favorite stories, and can even comment on those shared by others.

Posted Aug 05, 2020 at 02:10pm
I worked with Brent at Heritage Park for the last two years. I will miss his ready sense of humour and his no-nonsense approach to his job. He was a good man and a great friend and he is already sorely missed. Rest in peace my friend.
Comment Share
Share via:
FH

Posted Jul 30, 2020 at 06:57pm
Buzz was one of the most generous people I ever met. He opened his home to me when i moved to Calgary in 1995. His generosity allowed me and my family to gain a foothold in a new province in tough times. The time I spent there was filled with great memories and a lot of laughs! Say..Hi..to Goldie for me in Valhalla Buzz!
Cheers Buddy! Frank
Comment Share
Share via: 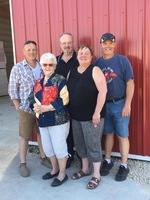 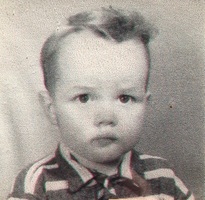