To share your memory on the wall of Kenneth Bounds, sign in using one of the following options:

Provide comfort for the family of Kenneth Bounds with a meaningful gesture of sympathy.

Kenneth (Ken) Harvey Bounds of Calgary Alberta passed away Tuesday, December 10, 2019 reaching the age of 78 years old. After months of failing health, he died peacefully with his daughter Heather holding his hand. He is ... Read More
Bounds, Kenneth

Kenneth (Ken) Harvey Bounds of Calgary Alberta passed away Tuesday, December 10, 2019 reaching the age of 78 years old. After months of failing health, he died peacefully with his daughter Heather holding his hand. He is also survived by his son Brent who despite mobility challenges spent vigil at his side. Thanks to the care he received at Age Care Skypointe facility, we were given time to say our goodbyes including his (4) grandchildren and (5) great grandchildren whom he cherished and in turn loved him dearly. He is survived by 3 brothers and 2 sisters, most of whom were able to spend time with him in his final days which despite his inability to communicate we are certain he was pleased to see them again.

Ken was a gentle and kind man with a heart as big as he was. He grew up on the prairies of Alberta and in his youth enjoyed being on the road travelling to rodeos, making him a cowboy at heart. He spoke of the grandeur of the big night sky, the thunderstorms and grass fires. He relished spending time outdoors or taking a long drive south.

Ken worked many jobs and was a very handy person. He talked about his work moving houses as that’s how he lost part of a finger which he got a kick telling us all the gory details. He was a fork lift driver by trade in the lumber industry and during his long tenure with MacMillan Bloedel, helped many of his co-workers as the spokesperson for the EFAP program. He was among the first in Canada to receive ground-breaking treatments in the efforts to control the effects of Essential Tremor Disorder. He would say that all the surgeries and therapy he underwent were to help others including one of his own grandchildren who suffered from this malady.

Despite his life-long struggle with shaking hands, Ken took pride in making wooden works of art for his family. Later in life, he won numerous community awards for his flower beds which he loved to spend his spare time on. In summary, he strived to live a simple life focusing on what brought joy to his heart and in turn to others who were fortunate enough to be in his life.

We will miss you Dad, Brother, grandpa and great-grandpa. Perhaps we’ll see you again.
Read Less

We encourage you to share your most beloved memories of Kenneth here, so that the family and other loved ones can always see it. You can upload cherished photographs, or share your favorite stories, and can even comment on those shared by others.

Shannon sent flowers to the family of Kenneth Harvey Bounds.
Show you care by sending flowers

Posted Dec 13, 2019 at 09:43pm
I am so sad to hear of Ken's passing. I had the pleasure of knowing him for many years and will miss our visits. Brent and Heather and families I am sending my love.
Comment Share
Share via:
S 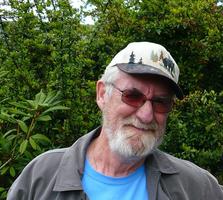 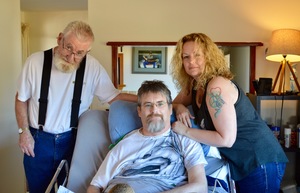 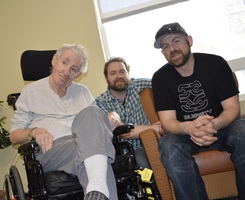 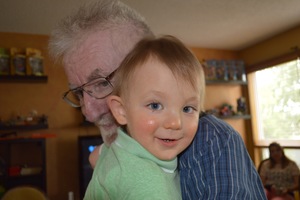