To share your memory on the wall of Jeff Vandergeest, sign in using one of the following options:

Provide comfort for the family of Jeff Vandergeest with a meaningful gesture of sympathy.

It is with great sadness that the family of Jozef (Jeff) Theodorus Vandergeest, of Cochrane, Alberta, announces his passing on Saturday, December 7, 2019 at the Foothills Hospital at the age of 83.

Jeff will be lovingly remembered by his wife of 35 years, Theresa; daughter Kelly Thom (Darryl); grandson Dominic Thom; as well as his family in Holland: brothers Louis Vandergeest (Bep) and Ton Vandergeest (Martha), sister Bep Koomen (Cor), sisters-in-law Lia Vandergeest and Diny Vandergeest, niece Lenie Brandt (Jacques) who they have fond memories of their travels together, as well as his many other nieces and nephews in Holland. He will also be dearly missed by his and Theresa’s friends from the Yahk/Kingsgate Community where they resided from 2003 to 2017.
Jeff was predeceased by his parents, Peter and Maria Vandergeest, brothers Joe, Martin, Frans and Pete and his sisters Adi and Gre.

Jeff was born in Sassenheim, Holland to Peter and Maria Vandergeest on April 15, 1936. He attended drafting school in Holland and immigrated to Canada in 1960 where he worked as a civil engineering draftsman for 34 years and later worked for a golf course architect and the City of Airdrie. Jeff and Theresa were married September 1, 1984 in Coeur d’Alene, Idaho and Theresa and Kelly immigrated to Canada to live with Jeff in Cranbrook, BC and they later moved to Calgary. Jeff and Theresa retired in Yahk/Kingsgate, BC where they were both significantly involved in the community. Jeff was the Treasurer for the Yahk-Kingsgate Recreation Society and President of the Senior Citizens Association for many years. Jeff designed, coordinated and secured funding for several projects to improve their community hall which included building an outdoor stage and amphitheater, replacing the hall’s wheelchair ramp, new outdoor washrooms, installation of a walk-in cooler, building a new storage room, designing a library in an underused space in the hall, enhancements to the ball field, creation of a new rink and multi-purpose court and the installation of flower planters surrounding the hall. Jeff and Theresa both helped to organize the annual SummerFest and WinterFest. Jeff put countless hours and his heart into the Yahk/Kingsgate Community and inspired others to join him in his efforts. Jeff was awarded the Peace Run Torch-Bearer Award in 2014 in recognition of his selfless efforts to better his community and the lives of others; as well as the Governor General of Canada Sovereign’s Medal for Volunteers in 2017 (together with Theresa) for his dedication and commitment to community and exceptional volunteer achievements.

A Celebration of Jeff’s Life will be announced at a later date.

In lieu of flowers, donations may be made in Jeff’s memory to The Cancer Research Society.

Jeff’s family wishes to extend their sincere thanks to the wonderful doctors and nurses at both the Tom Baker Cancer Centre and the Foothills Hospital.
Read Less

We encourage you to share your most beloved memories of Jeff Vandergeest here, so that the family and other loved ones can always see it. You can upload cherished photographs, or share your favorite stories, and can even comment on those shared by others.

Posted Dec 22, 2019 at 12:32pm
We still think a lot about Jeff and Theresa and the beautiful journeys we have made together. We had a great time together and we will miss Jeff. A man with a lot of humor. He is in our hearts forever. A lot of strength Theresa.
Love from Jacques and Lenie Posted Dec 18, 2019 at 02:07pm
Thinking of you today Teresa and how much you will miss Jeff. I loved Jeff's sense of humour and his commitment to our community. We missed him when he left Yahk and will miss him more now. Rest in paradise Jeff.
Comment Share
Share via:

Posted Dec 15, 2019 at 03:01pm
Jeff, you were always the gentle man. It was a pleasure to know you and to work with you at the Yahk-Kingsgate Recreation Society. We had a lot of laughs ay the different events we attended. You will be missed and with the fondest of memories for your sense of humour.
Comment Share
Share via: 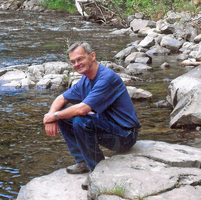 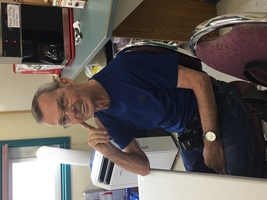 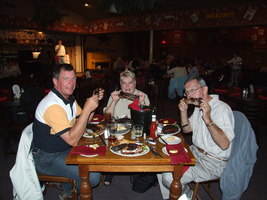 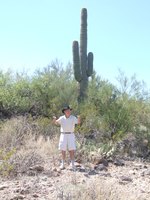